Coolpad Max launched with Snapdragon 617 and 4GB of RAM 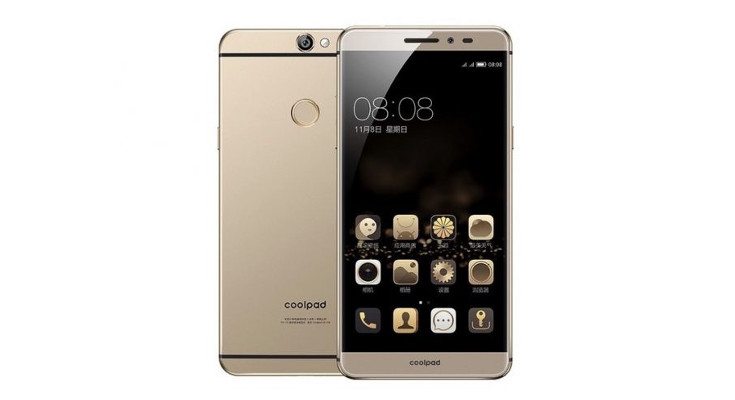 Coolpad is a brand we cover from time to time, and they grabbed our attention this week with the Coolpad Max release for Indonesia. The handset is rumored to arrive in India soon as well, and it is one to watch if you dig affordable smartphones with top-notch specs.

Coolpad has mainly stuck to the mid-range sector, but occasionally they move up a tier or two and release something with a bit more pop. The Coolpad Max has been making the rounds since earlier this year, and the Fengshang Max appeared on our radars way back in November. The latest rendition of the smartphone will be available next month, and we think you’ll be pleased with the Coolpad Max specs as well as its price.

The Coolpad Max is in the phablet class with a 5.5-inch FHD display that’s covered in Gorilla Glass 4 for added protection. It has the popular 2.5D edges to boot, and the company says it sports a 95% color gamut with a contrast ratio of 1500:1. The device’s thin metal shell will house a speedy Snapdragon 617 and 4GB of RAM while the camera combo clocks in with a 13MP snapper on the back with PDAF and a Dual Tone LED and a 5MP snapper on the front. Throw in a fingerprint scanner along with the usual connectivity options, and you’ve just met the Coolpad Max.

In addition to the regular model, the Coolpad Max Lite was also introduced and sports many of the same features including the metal chassis, fingerprint scanner and 5.5-inch display although it’s 720p on the Lite model. Other changes include a chip switch to the 64-bit octa-core MSM8929 and 3GB of RAM. Nothing was mentioned in regards to the storage capacity in the presser, but there should be options of 16GB and 32GB on both models.

Like most handsets from the Far East, the Coolpad Max and Coolpad Max Lite have Dual-SIM compatibility. They also have something called Dual Space, which allows you to have two different identities on the same handset. The BiLogin feature will let you use two accounts on several social media platforms including Facebook, BBM, WhatsApp and Line among others. It’s also said to be encrypted, but caution (and common sense) is the best protection against data theft online.

The Coolpad Max will be available from Blibli beginning on June 10th and carries a price tag of Rp 4.999.000 which shakes out to around $375 in US greenbacks. The Lite version should already be available through Blibli and both handsets are expected to arrive in India soon as well.