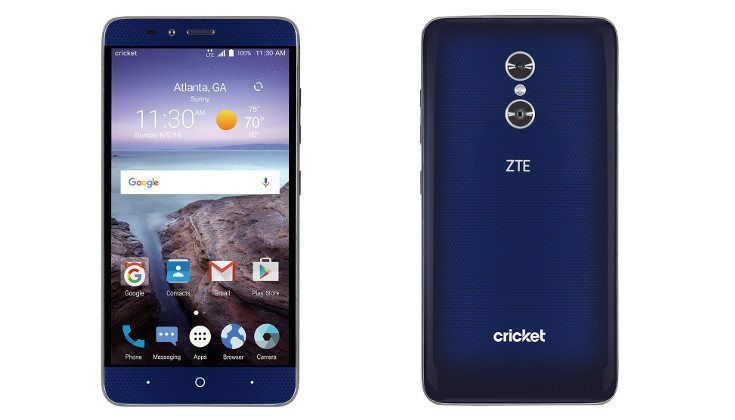 Cricket was worked hard to improve their smartphone arsenal over the years, and offering devices from companies like ZTE is one way to pull new consumers in. The ZTE Grand X Max 2 is the latest handset to arrive at the carrier, and it can be yours if you’re willing to shell out $199.

The mid-range market is getting tricky these days, as the line between budget-friend, mid-range and flagship continues to blur. ZTE has long been known for offering up handsets with solid specs at affordable prices, and the ZTE Grand X Max 2 certainly fits the bill. While $199 is a bit more than you might expect to pay through the carrier, the Max 2 has a few interesting features.

As the name implies, the ZTE Grand X Max 2 is a handset that’s larger than most, including the Note range. It has a 6-inch display with a resolution of 1,920 x 1,080 while the power comes from an octa-core chip clocked at 1.5GHz and 2GB of RAM. That’s not too shabby, and while you’ll only get 16GB of storage out of the box, there is a microSD card slot.

While the ZTE Grand X Max 2 has plenty of pop, it also has a unique camera setup on its backside. The phone sports a 13MP sensor and a 2MP sensor on its back, which makes it one of a handful of devices with a Dual-Camera setup. The front-facing camera is listed at 5MP, and the usual array of connectivity options are present as well with Bluetooth, Wi-Fi, and 4G LTE. The ZTE Grand X Max 2 will draw its power from a 3,400mAh battery with Quick Charge 2.0 and runs Android 6.0 out of the box.