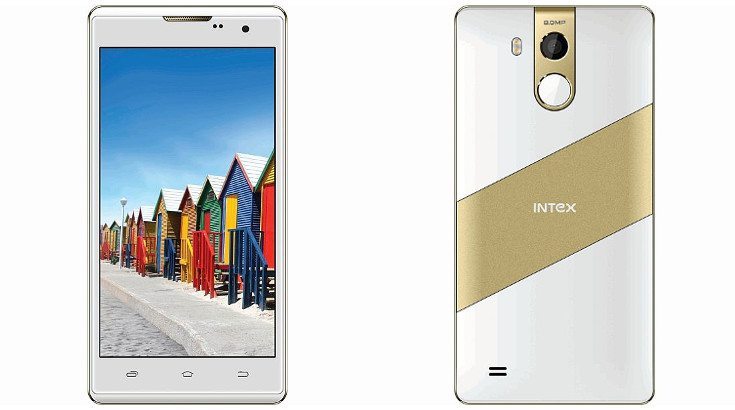 It appears that Intex has gone fingerprint sensor crazy. Last week, we told you about the Intex Aqua Secure and its sensor, and now we’re back with the Intex Cloud String HD, which is a bit cheaper than the Secure at Rs. 5,599.

Last year we saw a large increase in the number of handsets with fingerprint scanners. We expected the trend to continue in 2016, and much to consumer’s delight, that has been the case. Intex is one of many smaller smartphone companies getting in on the fingerprint scanner action, and the Intex Cloud String HD looks to be a fine choice if you want a scanner without spending an arm and a leg.

Fingerprint scanners aside, the Cloud String HD does share some similarities to the recently released Aqua Secure. The smartphone has 1GB of RAM and 8GB of expandable storage like its predecessor, but sports a slightly larger display with a 5-inch panel carrying a resolution of 854 x 480. It also has a different chipset with a 1.3GHz quad-core Spreadtrum SC9832A processor. As for the cameras, you’ll find an 8MP snapper with an LED flash on its backside and a 5MP sensor on the front.

In the connectivity department, the Intex Cloud String HD will have the usual suspects like Wi-Fi, Bluetooth, a micro-USB port, and GPS along with 3G connectivity and Dual-SIM card slots. Size-wise, it measures 144.5mm x 72.5mm x 8.7mm and has a weight of 150grams. The Intex Cloud String HD will draw its power from a 2,200mAh battery and is listed as running Android 5.1.

On paper, the Intex Cloud String HD appears to be a solid smartphone on the low-end of the scale due to the innards although the fingerprint sensor is a very nice addition. That said, it’s a slick looking handset if you dig the color scheme and it certainly won’t break the bank wide open at Rs. 5,599 which is around $87 bucks in US greenbacks.