Panasonic Eluga A2 launched with 4,000mAh battery for India 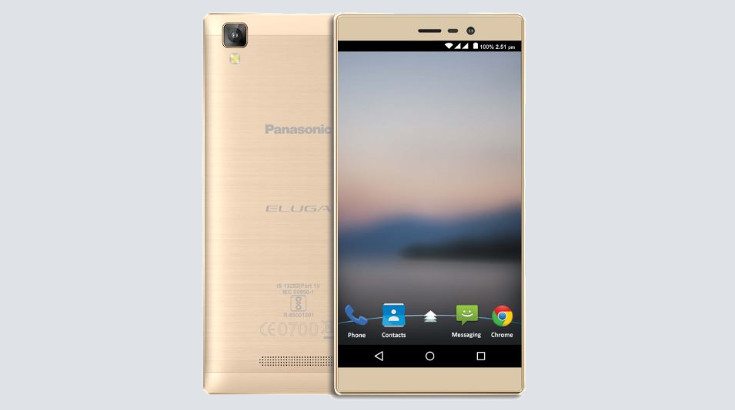 Panasonic has been fairly busy in the smartphone sector this year, and today they have unveiled a new device for consumers that reside in India. The Panasonic Eluga A2 is in the mid-range class but offers up quite a bit of bang for your buck considering its Rs. 9,490 price tag.

Panasonic is a massive brand, but when it comes to mobiles they don’t tend to carry the same clout as an HTC or Apple. That’s partly due to many of their handsets not being available globally, and while we don’t know when they’ll change that, they keep producing solid smartphones like the Panasonic Eluga A2.

We’re going to start with the design instead of the specs with the Panasonic Eluga A2, as it’s a looker with slim bezels and a relatively thin profile at 8.9mm. The horsepower comes from a 1GHz quad-core processor and 3GB of RAM, which is more than sufficient to push pixels around on the 5-inch 1,280 x 720p IPS display. As for the storage, you’ll get 16GB out of the box but it’s expandable up to 128GB through the magic of microSD.

On the backside of the Panasonic Eluga A2, you’ll find a solid 8MP sensor with an LED flash while the front-facing camera is listed at 5MP. All the usual options are present in the connectivity department as well with Wi-Fi, Bluetooth 4.0, GPS, and 4G LTE. The Dual SIM handset is listed with a large 4,000mAh battery, and it will run Android 5.1 with the company’s Panasonic Fit Home UI on top.

While there are plenty of other options out there with similar specs to the Panasonic Eluga A2, the fact that it offers up 3GB of RAM, 4G VoLTE, and has a large battery help separate it from the rest of the pack. The price is nice as well considering you’ll only need to pony up Rs. 9,490, which comes out to around $141 bucks in the states.