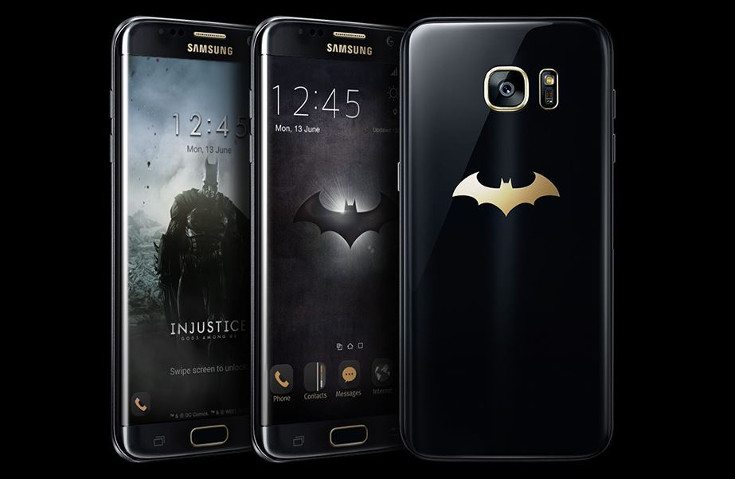 We’ve seen Samsung pull a few Galaxy variants out of their hat with a Marvel vibe, and now it appears it’s DC’s turn to step up to the plate. The Samsung Galaxy S7 Edge Injustice Edition smartphone is headed our way in June, and it’s a product you’ll want to get a hold of if you appreciate the caped crusader.

Samsung previously released an Iron Man smartphone, but it wasn’t necessarily easy to obtain depending on where you reside. The same can be said of the rest of their themed smartphone lineup, but it looks like that’s going to change with the Samsung Galaxy S7 Edge Injustice Edition. Sammy will unleash this one in several different countries next month, and we have to admit it’s one that’s actually worth a look due to its design and the extras.

The Samsung Galaxy S7 Edge Injustice Edition is similar to the company’s other themed attempts as you’ll get special wallpapers, themes, and other bits of flair related to Injustice Gods Among Us. That said, the shiny golden Batman logo on the back along with the other golden accents really work well on this one. Sometimes less is more, and that is definitely the case here. 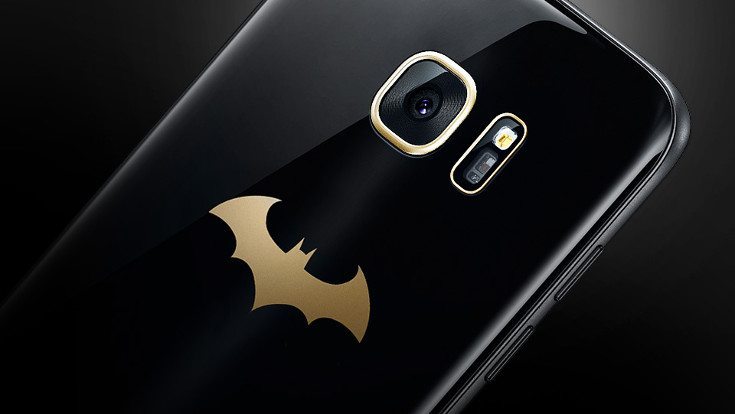 While the Samsung Galaxy S7 Edge Injustice Edition won’t receive any changes under the hood, you will get some cool perks if you decide to pick one up. Sammy says they will vary by region and carrier, but a golden Batarang was shown in the photos along with a cool rubberized case based on Batman’s suit. Even cooler is a custom version of the Gear VR, which will match your fancy new Samsung Galaxy S7 Edge Injustice Edition. Batman would be proud.

Most of the limited edition smartphones from Samsung have remained landlocked, but the Samsung Galaxy S7 Edge Injustice Edition release is going to be a bit broader. We don’t have an exact date or price for the handset just yet, but Sammy has said to expect it in June with a rollout in Korea, China, Singapore, Latin America and Russia with more regions to be announced soon.