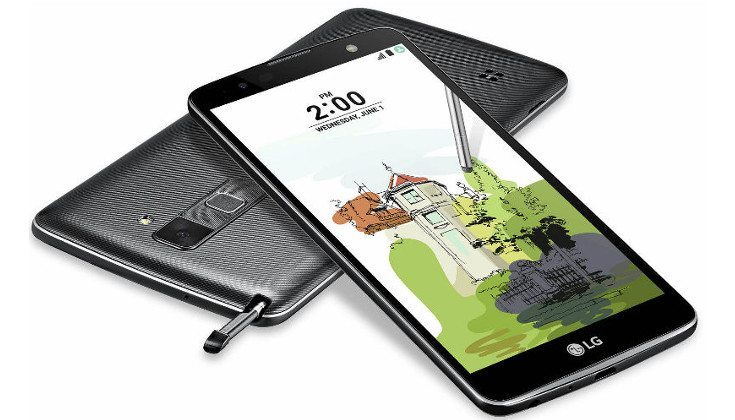 LG has been on a bit of a tear this week, as we’ve seen several new handsets and slates launched. You can add the LG Stylus 2 Plus to that list, and it has some interesting specifications if you’re in the market for a Note competitor.

We’re not sure what’s got into LG, but they have been one of the busier manufacturers in the first half of 2016. We’ve seen several new handsets and a slate released this week alone, but the incoming LG Stylus 2 Plus is far more interesting than the rest of their mid-range lineup. As the name implies, the stylus is the main draw for the handset, but it has some other features that help it stand out from the rest of the pack.

LG decided to set its sights on Sammy with the LG Stylus 2 Plus, so you will get a similarly sized display at 5.7-inches, and while it’s an FHD Quantum panel, the 1080p is a far cry from QHD. The same can be said of the processor, which is a little underwhelming in the Snapdragon 430 but will certainly get the job done for most folks.

When it comes to RAM and storage, you will have an option with the LG Stylus 2 Plus. The lower spec’d variant has 2GB of RAM and 16GB of storage with a 13MP rear camera and 5MP selfie-snapper. On the flipside, the other variant will have 3GB of RAM, 32GB of storage, and a 16MP/8MP camera combo. Both front-facing sensors are listed with LED flashes, and both models will have a fingerprint scanner, Bluetooth 4.1, Wi-Fi, GPS, and 4G LTE. The LG Stylus 2 Plus pulls its juice from a 3,000mAh battery and runs Android 6.0.

LG is dropping the LG Stylus 2 Plus in Taiwan where it’s priced at the equivalent of around $330 bucks for the 32GB model. The handset will see a wider release for South America, Asia, North America, and Europe in the week ahead, but the versions will vary from region to region.