Each Thursday the Oculus Shop for the Gear VR gets a handful of new releases, and while the selection is still slim, there are plenty of titles to pick through now. We decided to give Neverout a whirl when it went on sale a few weeks back, and now we’re back with our Neverout review for the Gear VR.

Games set in Virtual Reality come in many shapes and forms, but some concepts are just made for the medium. Locked Rooms or “Escape” games are a perfect fit, and Neverout is one of them and could easily be based on the movie Cube. Yup, you are stuck in a massive puzzle box or sorts, and escape will only be possible if you have quick wits and a strong stomach. 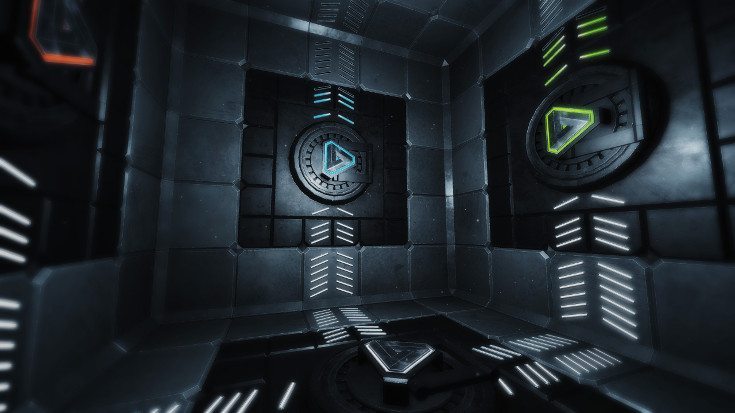 As the name implies, Neverout is a game about someone trying to escape although they can never seem to get out. That’s the premise behind the Cube flicks as well, with a few dozen deadly traps and devious humans thrown in for good measure. While you are the only soul (that we know of) moving through the rooms of Neverout, the developers have done a great job of bringing atmosphere to the game. Within a few rooms, you do start to feel a bit trapped, which is where the fun begins.

The gameplay behind Neverout is simple, but probably not what most folks expect when they first fire up the game. You can “move” around in the rooms, but not in the usual sense as you can actually walk up the walls in this one. Each tap on your track pad will take you a step across the room, but when you come to the wall (or an object) you basically scale it as the gravity flips and the wall becomes floor or vice versa. 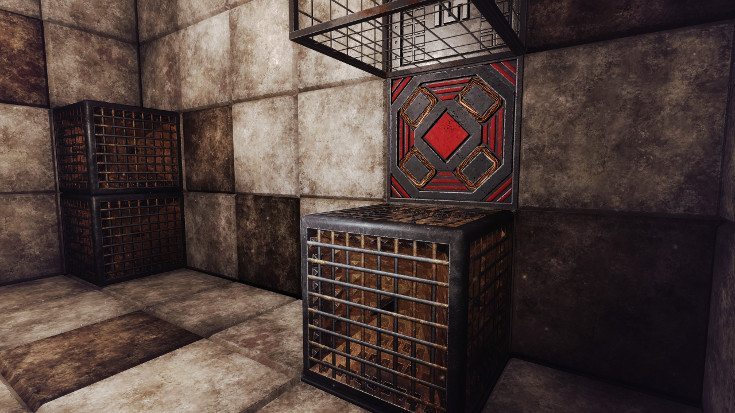 Each room has one exit in Neverout, and getting to it is easier said than done as the levels progress. While we won’t spoil you, various obstacles are going to block your path along the way and you will feel accomplished by the time you hit the “core” as we’ll call it. We never quite got there for reasons we’ll get to shortly, but the puzzles or rooms aren’t too difficult. That said, there’s more than enough content to keep you busy for hours and it’s great game to show off to your friends due to the graphics and gameplay.

Now for the downside. As great as Neverout looks and as cool as the concept is, the motion sickness is going to nail some gamers with weak stomachs. As someone who’s played through their fair share of Gear VR games, Neverout was rough on the senses and I was unable to finish the game out. It does get easier to stomach once you “adjust” yourself to the world somewhat, but the mileage is going to vary from gamer to gamer and with their experience in VR.

In a nutshell, Neverout is a game we highly recommend if you have a strong stomach and don’t get the spins easily from extreme VR experiences. The graphics, atmosphere and concept are strong, and it’s definitely one of the cooler games we’ve seen on the platform thus far. If you have issues with motion sickness, you will probably want to skip this one or try to give it a whirl on someone else’s Gear VR before picking it up.