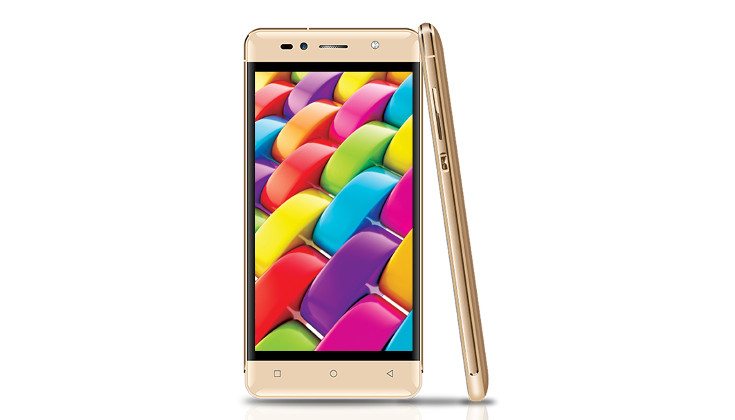 Each week, we see a half-dozen or more handsets unleashed for consumers in India. This week is no different, and today we’ve got word on the Intex Aqua Shine 4G which has launched in the region with a price tag of Rs. 7,699.

As is the case many times, the Intex Aqua Shine 4G has mysteriously appeared on the company’s official website ahead of a formal announcement. That means a few key details on its release are missing, but we know what it’s going to look like as well as what lies under the hood. The Shine 4G is another budget-friendly device from the company, but it has a bit more pop than many handsets in their arsenal.

Intex touts 4G VoLTE as the main feature of the Intex Aqua Shine 4G, but the handset has more to offer than speedy connectivity. It has the popular 2.5D glass design we’ve seen on many devices this year and the slightly curved display clocks in at 5-inches with a resolution of 1,280 x 720. The company also claims a 70% screen-to-body, which sounds quite nice.

On the backside of the Intex Aqua Shine 4G, you’ll find an 8MP sensor while the front-facing snapper is listed at 5MP. The former has a Dual Flash whereas the latter has a single Flash… something you don’t see on too many front-facing cameras.

The processor responsible for running the show is listed as the 64-bit MediaTek MT6735V/WP, which is backed by 2GB of RAM. Other options include 16GB of storage, a microSD card slot, Dual SIM, Wi-Fi, Bluetooth, and 4G LTE. The Intex Aqua Shine 4G will pull its power from a 3,000mAh battery and it will run Android 5.1 out of the box.

The Intex Aqua Shine 4G appears to be a solid option if you don’t need a handset with all the bells & whistles of a flagship, but still want a phone that can handle almost anything you throw its way. At this time, we’re not sure where it will be offered or when it will officially launch, but it will roll into the region with a price tag of Rs. 7,699 or around $114.