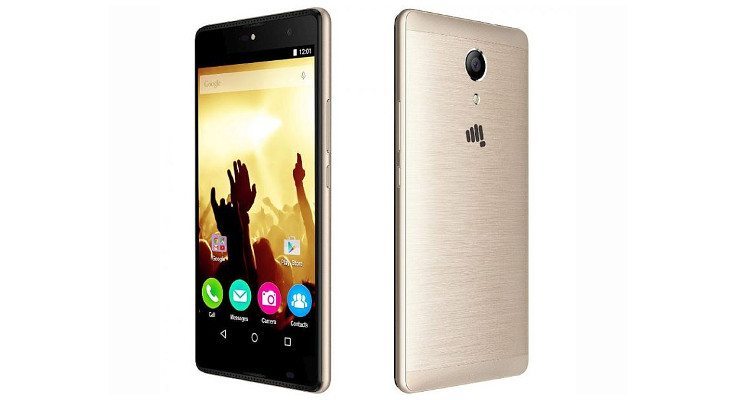 The Micromax Canvas Fire 5 is a new mid-ranger, which should come as no surprise given the other Canvas Fire handsets that have launched in the past. That said, this particular model has a couple of things its brethren lack in Android 6.0 and Dual front-facing stereo speakers. The design isn’t bad either, and while it looks to have quite a bit of bezel, the innards are quite solid.

A quad-core processor clocked at 1.3GHz from MediaTek will make the Micromax Canvas Fire 5 tick, and it will get a bit of a boost from 1GB of RAM. That isn’t great, but things do get better as it has 16GB of expandable storage and a 5.5-inch display with a resolution of 1,280 x 720. The camera combo is solid as well with an 8MP rear camera and 5MP front-facing camera — both with LED flashes.

Dual speakers are still a rarity in the day and age of media consumption through mobiles, but you’ll get that on the Micromax Canvas Fire 5. You can clearly see the front-firing speakers in the photo, and it has Auro 3D sound to boot. Connectivity options for the handset include Wi-Fi, Bluetooth 4.0, GPS, 3G and Dual SIM slots. The Canvas Fire 5 is listed as running Android 6.0 and will pull its power from a 2,500mAh battery.

Consumers interested in the Micromax Canvas Fire 5 won’t have to pay an arm and a leg to land it, and it comes with 6-months of the Gaana subscription service. The smartphone is available to purchase in Silver, Grey, and Champagne for Rs. 6,199, which shakes out to around $91.

What do you think about the Micromax Canvas Fire 5 price?