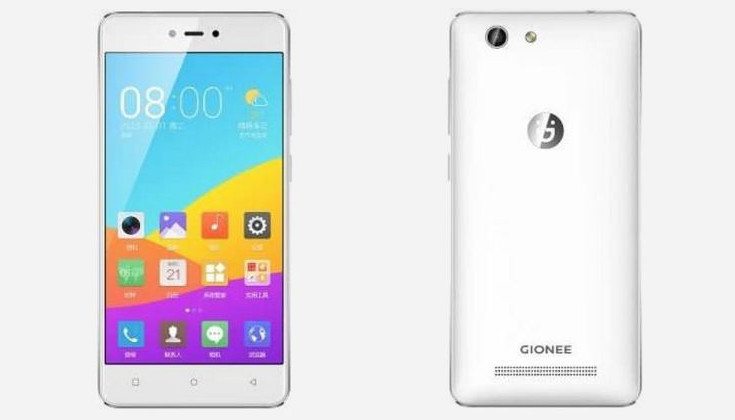 Gionee has been rather busy in 2016, as we’ve covered several new products along with a couple of refreshes. The Gionee F103 Pro is the latest smartphone to appear from the company’s arsenal, and you won’t want to let the “Pro” moniker fool you. The smartphone is almost an exact replica of the previous F103 but with a few minor changes and an upgrade in the camera department.

The Gionee F range is the company’s fashion series, and the Gionee F103 Pro is clearly a looker. It has 2.5D glass covering it’s 5-inch IPS panel which sports a resolution of 1,280 x 720… basically the same as the F103 from November. Most of the other specifications stay the same as well, so you’ll get a quad-core 1.3GHz chip, 3GB of RAM, and 16GB of expandable internal storage.

The mid-range market is a bit more crowded now than when the last version of the F103 arrived, so the company will have its work cut out for them as competition is fierce. The Gionee F103 Pro price is listed at Rs. 11,990, and it will be available through retail shops and online stores throughout the region.