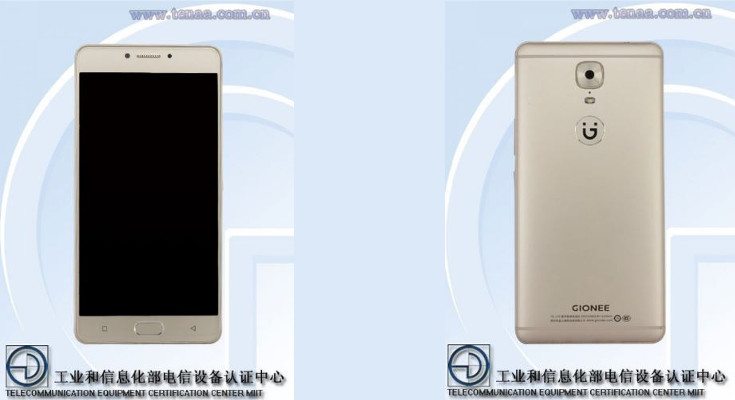 It appears Gionee is gearing up to drop a new handset. Fortunately for us, it’s shown up at TENAA ahead of an official launch, which means we’re here with news of the Gionee M6 specs.

Gionee has been one of the busier manufacturers this year as we’ve covered dozens of handsets from the company since the calendar flipped to 2016. Several of those devices have come our way through the certification agency known as TENAA as is the case with the Gionee GN8003, a smartphone believed to be the Gionee M6. It’s a handset in the marathon line, which means it has a large battery, but the rest of the Gionee M6 specs are pretty solid as well.

The Gionee M6 doesn’t do anything special in the design department although it does have the company’s new logo on its back right below a 13MP snapper. The front-facing camera is more than sufficient at 8MP and the same can be said of the display at 5.5-inches with a resolution of 1,920 x 1,080.

Gionee opted for the Snapdragon 652 and 4GB of RAM for the M6, so you’ll have plenty of power out of the gate. On the downside, there’s no mention of a microSD card slot although it does have 32GB of storage. Nothing uncanny is present with the connectivity options aside from a fingerprint sensor. The Dual-SIM handset is powered by a 5,000mAh battery and is listed as running Android 6.0.

There’s no concrete date set for the M6’s release, but the company has an event scheduled for later this month on the 26th. The Gionee M6 could make an appearance at that time, and if that’s the case we’ll be back with news of the Gionee M6 price and availability.

What do you think of the Gionee M6 specs?