Ulefone has announced a new smartphone headed to the masses today in the aptly named Ulefone Metal. The device doesn’t have a price tag just yet, but we have the scoop on its features and specifications.

The Ulefone Metal has a clean look with a polished metal shell and is of average size measuring 143mm x 71mm x 9.35mm with a weight of 155grams. It has a fingerprint scanner that’s said to allow unlocks in 0.1-0.5 seconds, which sits below the 8MP Sony IMX149 (interpolated to 13MP) sensor. The front-facing camera is a 2MP snapper that gets the same treatment up to 5MP. As for the display, the Metal sports a 5-inch panel with a resolution of 1,280 x 720.

On the inside of the Ulefone Metal, you will find the 64-bit MT6753, which is an octa-core chip clocked at 1.3GHz. It gets a boost from 3GB of RAM, while the storage is listed at 16GB but expandable up to 128GB through a microSD card slot. All the usual suspects are present and accounted for in the connectivity department as well including 4G LTE and Dual SIM slots. The Ulefone Metal sips its power from a 3,050mAh battery and runs Android 6.0. 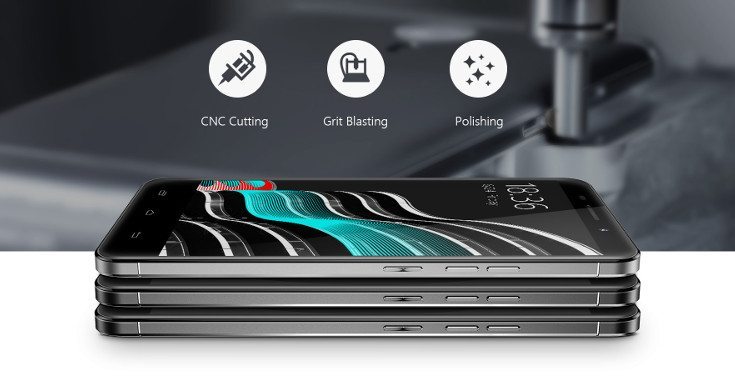 As mentioned, we aren’t privy to the Ulefone Metal price and we’re still unsure of when the smartphone will actually launch. It will be available in Black, Silver White, and Space Grey however and the company is giving folks a chance to win one if you can “forecast” it’s price.