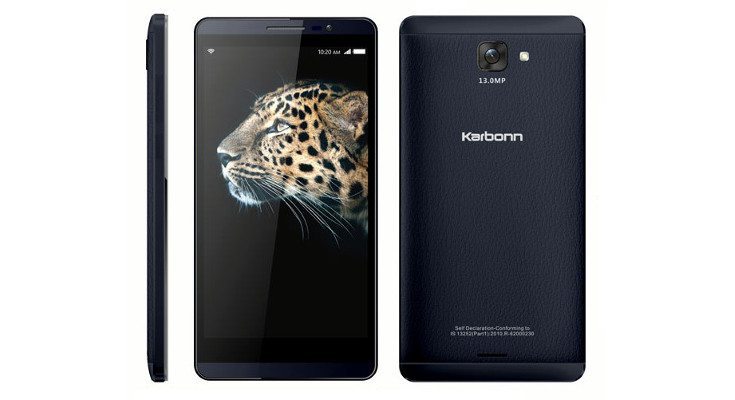 Karbonn has unveiled a new smartphone for consumers in India with the Karbonn Quatro L55 HD. It’s another handset in the mid-range class although it does have a few features that help it to stand out from the pack.

Karbonn is no stranger to the mid-range game. That’s generally been the company’s bread & butter, and that’s exactly where you’ll find the Karbonn Quatro L55 HD. The device is in the phablet range with a 5.5-inch IPS panel sporting a resolution of 1,280 x 720. The processor is listed as a 1.3GHz quad-core chip, which may sound familiar, as that’s been the chip of choice for many handsets from the region. That said, it will have 2GB of RAM backing it up, so it has a bit more bump than some of its brethren.

In terms of storage, the Karbonn Quatro L55 HD will roll out with 16GB under the hood. You can expand that up to 32GB through a microSD card slot, so you won’t need to worry about the cloud right away. The Karbonn Quatro L55 HD is solid in the camera department thanks to a 13MP rear camera with an LED flash and a 5MP front-facing sensor.

As it’s in the phablet range, the Karbonn Quatro L55 HD isn’t exactly svelte with measurements 152mm x 77.2mm x 8.9mm and has a weight of 170grams. Connectivity options include Wi-Fi, Bluetooth 4.0, GPS, and 4G LTE along with Dual SIM slots. The smartphone sips its power from a reasonably sized 2,700mAh battery and runs Android 5.1 out of the box.

The Karbonn Quatro L55 HD isn’t going to win many awards, but it is affordable and you will get an interesting perk to boot. The handset will come with a free VR headset, and is priced at Rs. 9,990 which shakes out to around $148 bucks in the states.