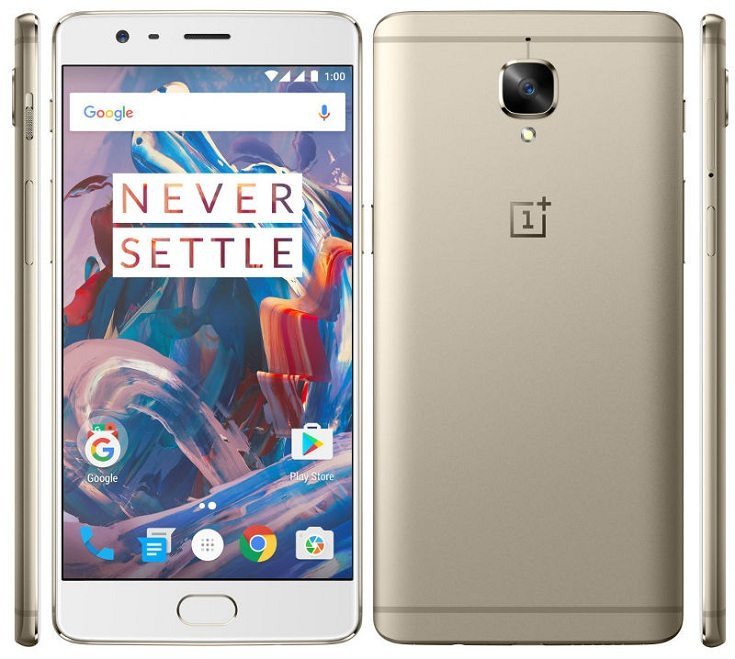 If you’re a fan of the brand, now you have a golden opportunity to put your greedy little hands on theÂ OnePlus 3 Soft Gold edition. The “regular”Â OnePlus 3 was released officially last month but only one colorway was available, silver respectively. Starting from tomorrow, you can get the Soft Gold which was previously announced but now it’s up for grabs if you’re a gold bug. Unlike other golden smartphones, theÂ OnePlus 3 Gold Edition is more discrete, featuring a white frontal panel, as you can see for yourself in the official video below:

The Soft Gold version of theÂ OnePlus 3 will be available for US customers starting fromÂ July 26th on OnePlus.net and we even know the exact hour, i.e. 12 PM EST. Other regions will receive theÂ OnePlus 3 Soft Gold edition starting from August 1st at 12 PM CET, 6 am Canada Time or 6 PM Hong Kong time. The only difference between the silver OnePlus 3 and the Soft Gold version is the color. Under the hood they’re exactly the same. Keep in mind that the Soft Gold will be a limited edition, so get it while you can, alright?

Just to refresh your memory, theÂ OnePlus 3 features a 5.5 inches wide Optic AMOLED screen of Full HD/1080p resolution, with 401 pixels per inch density and protected by Corning’s Gorilla Glass 4th gen. The internal memory capacity is a generous 64 gigabytes and the smartphone runs on a powerful Qualcomm Snapdragon 820 system on chip, a quad-core variety with Kryo CPUs clocked at 2.15 GHz and 1.6 GHz respectively plus an Adreno 530 GPU. The main camera is a 16 megapixels variety with optical image stabilization, phase detection autofocus and capable of 2160p video recording @30 frames per second. The secondary snapper has a resolution of 8 megapixels and can record full HD video at 30 FPS. TheÂ OnePlus 3 comes with a fast charging 3000 mAh battery, 4G LTE and Dual SIM capability and it runs on Oxygen OS, which is based on Android 6.0.1 Marshmallow.