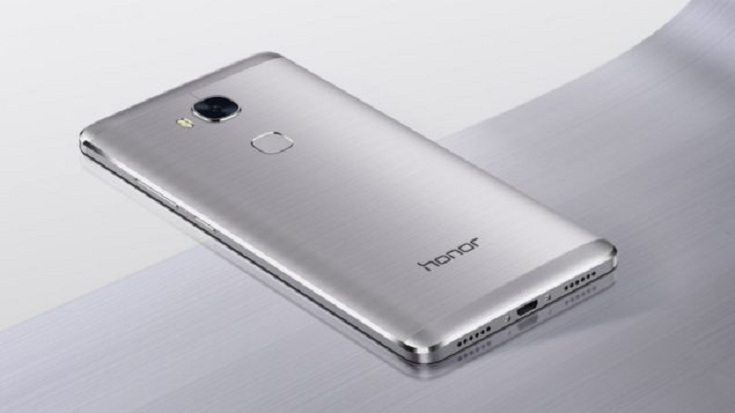 The Huawei Honor Note 8 is a gigantic smartphone with a mammoth 6.6 inches wide display (something between a phablet and a regular tablet) and today’s piece of news is that it will be officially unveiled on August 1st in China during a special event. Last week we saw theÂ Huawei Honor Note 8 passing through TENAA, the Chinese regulatory authority, making it very clear that the phablet will soon hit the shelves Â and today we have the official confirmation directly from Huawei.

Some say that Huawei Honor Note 8’s gigantic 6.6 inches wide display is meant to compete with Xiaomi Mi Max’s 6.44 incher, a hugely popular Â smartphone in mainland China, a country of small people with small hands who enjoy big cars and hugeÂ smartphones. The official announcement about the imminent release of the gentle giant was made by Huawei’s sub brand via an invitation you can see below. 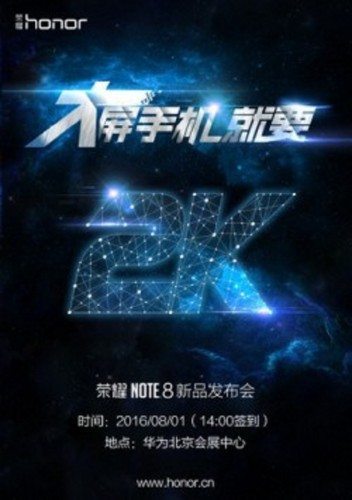 The 2k stands for theÂ Huawei Honor Note 8’s screen res, but the ad is a little bit confusing, as theÂ Huawei Honor Note 8’s display will feature QHD resolution, which isÂ 2,560×1,440 pixels. From the previous TENAA listing, we already know quite a few things about the Honor Note 8. For example, the phablet will come with an ultra-generous 4 gigabytes of RAM, 64 gigabytes of internal memory capacity and two cameras, a 13 megapixels main snapperÂ and a secondary 8 megapixels shooter for video calling and selfies.

Also, theÂ Honor Note 8 comes with a laptop-sizedÂ 4400 mAh battery to keep the lights on on that humongous 6.6 inches wide display, while under the hood you’ll find Huawei’s in-house variety of Kirin 955 system on chip, featuring an octa-core architecture with the CPUs clocked at 2.5 GHz.

The phablet will also offer a finger print scanner, a USB Type C port and it will run on Android Marshmallow out of the box. The expected price for the monster is CNY 2,299Â or $344 in real money.Â There’s word about a cheaper version of the Honor Note 8, featuring a Kirin 950 SoC, 3 GB of RAM and 32 GB of internal memory with a slightly lower price tag, i.e.Â CNY 1,999/$299.