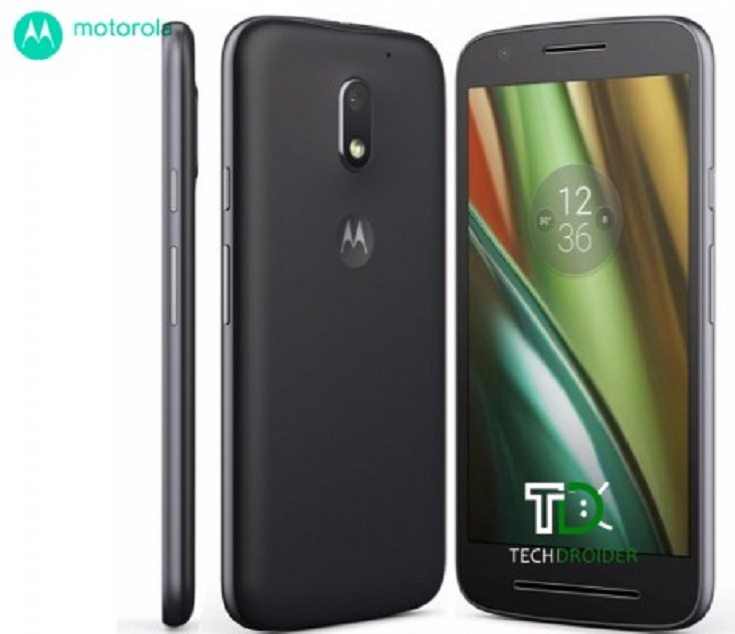 Today we have more tech specs about the upcoming Moto E3 together with great news for the fans of the brand, as the new smartphone (made by Lenovo) is set to arriveÂ earlier than previously expected. In an previousÂ article from 2 weeks ago, word was that the new Moto E3 will hit the shelves in September, but today we found out that the smartphone will launch earlier, in August, one month ahead from what was stated originally by the company.

As per tech specs, the Moto E3 is basically the same stuff the G4 Play is madeÂ from. For example, the display is exactly the same, a 5 inches wide variety with 720p resolution and they both run on a “clean” version of Android 6.0 Marshmallow, i.e. sans bloatware/skins/in-house-made UIs and whatever makes a droid stutter. Also, there’s an 8 megapixels main camera on board, together with a secondary 6 megapixels snapper for video calling and selfies. The internal storage space is a modest 8 gigabytes, expandable via micro SD cards and both smartphones feature LTE connectivity.

Where’s the difference then you may ask, I mean why should you buy (or launch) a Moto E3? Well, the main difference is under the hood and a little bit in terms of design. The Moto E3 is thinner (8.6 mm vs 9.9 mm in the G4 Play) and slower, as it runs on a MediaTek system on chip, a quad core variety with the CPUs clocked at 1.0 GHz. You can’t expect much from a budget droid, however, the Moto E3 comes with the cool nano-coating gizmo, which in layman’s terms means that it’s somewhat splash resistant, i.e. the Motorola Splashguard.

Long story short, the Moto E3 will arrive in the UK one month from now, give or take, at some pointÂ in August and it will be priced at 100 GBP. The G4 Play will hit the shelves simultaneouslyÂ Â with a price tag ofÂ 130 GBP.