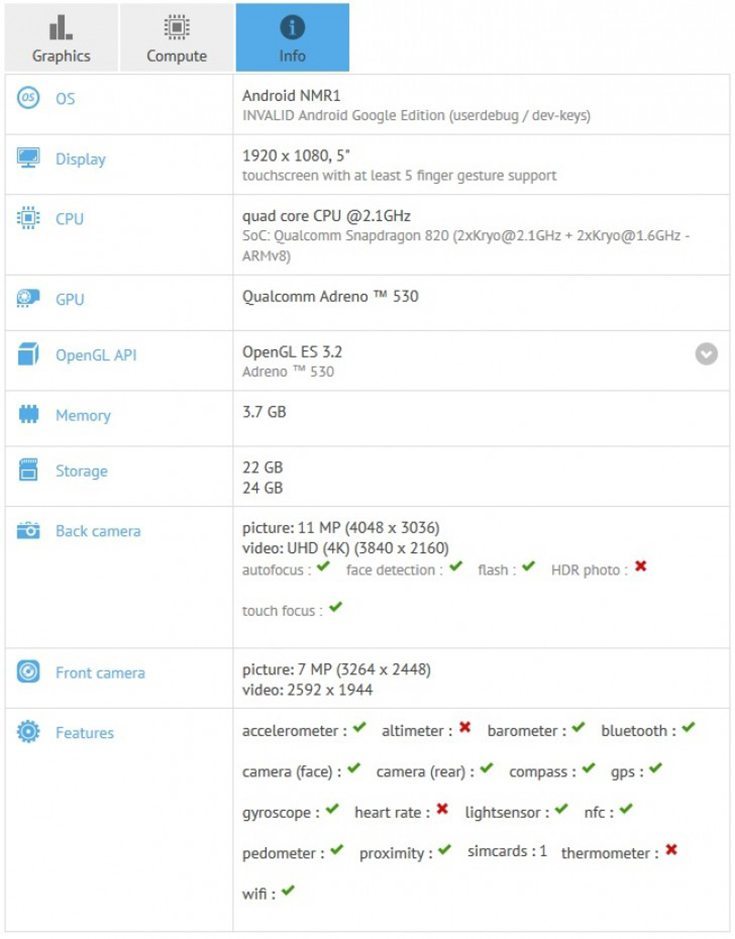 The rumors surrounding this year’s Nexus devices still haven’t confirmed whether they are coming from HTC or Huawei or both of them. It is alleged that HTC would be making this year’s Nexus devices. There have been numerous leaks about the HTC Nexus devices and today we have a listing of the alleged Nexus Sailfish from GFXBench. The listing confirms almost all of the specs of the phone apart from how the phone looks like. The alleged renders of the phone showed a cool new design which might turn things around for HTC.

The Nexus Sailfish is the lower powered phone among the two Nexus devices. The other one is called Nexus Marlin and is rumored to be superior in terms of screen size, battery, storage and memory. The Android version is shown as Android NMR1 on the listing which might be the latest version Nougat.

The 5-inch display sports a full HD resolution and it confirms one of the long-standing rumors about the phone sporting a smaller display. It has the Snapdragon 820 under the hood along with 4 gigs of RAM. The Nexus Sailfish is powered by the SD 820 which means that it is nothing short of a powerful performer. 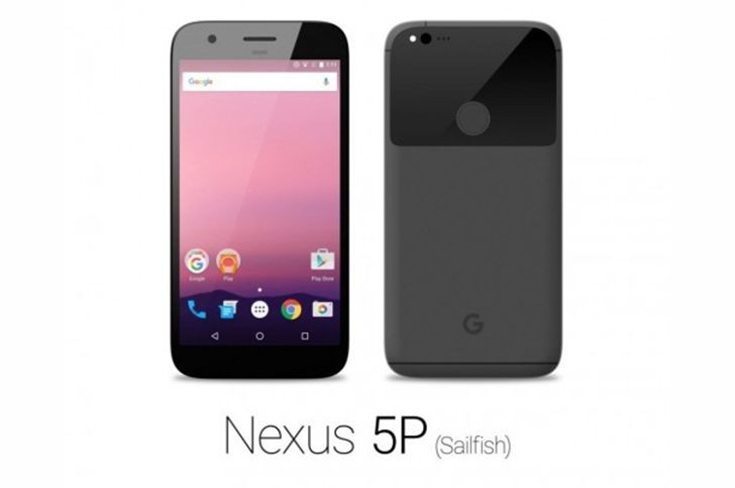 There is 32GB of inbuilt storage and like the other Nexus devices, it might not have an SD card slot for expansion. The camera at the rear is the famous 12MP sensor with a large pixel size and there is an 8MP snapper at the front.

It is for the first time that we are receiving such a detailed listing on GFXBench with almost all the specs listed. It might be because the Nexus Sailfish is ready and is itching to be released. The phone is most likely to be released sometime in September. September is going to be one chaotic month with the launch of the iPhone 7, LG V20 and the Nexus devices.