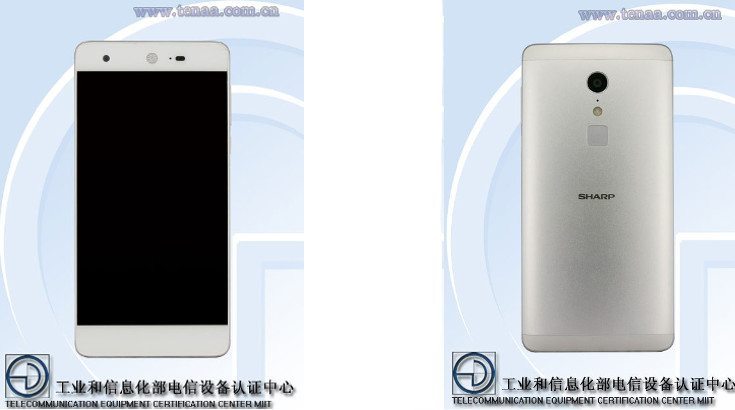 It appears as if Sharp is gearing up to launch a new handset in the Far East. The Sharp Aquos Z2 specifications have appeared online through that magical place known as TENAA, so we’re here to give you the scoop on what lies under the hood.

A device carrying the model number FS8002 recently passed through TENAA certification and right under our radars a few weeks back. This particular listing isn’t nearly as juicy as some of the previous leaks we’ve seen through the regulatory body, but paint a solid picture of the handset nonetheless. As usual, we also have some photos, which show the Sharp Aquos Z2 design. You can see the fingerprint scanner resting below the rear camera and flash encased in a metal shell.

The Sharp Aquos Z2 will be in the phablet class thanks to a 5.5-inch display that sports a resolution of 1,920 x 1,080. The processor powering the show is listed as the 2.3GHz MediaTek MT6797, otherwise known as the deca-core Helio X20. The RAM is more than sufficient at 4GB, while the storage clocks in at 32GB. Other features include a 16MP rear camera, 8MP front-facing camera, Dual SIM slots, and Android 6.0.

There has been no word on when the Sharp Aquos Z2 may hit the streets, but we’re looking forward to its debut as their handsets are usually affordable compared to manufacturers in the same class. The handset willÂ make its debut in the Far East, and we’ll keep you posted on any news of an international release.