Moto M gets certified with 3GB of RAM and fingerprint scanner 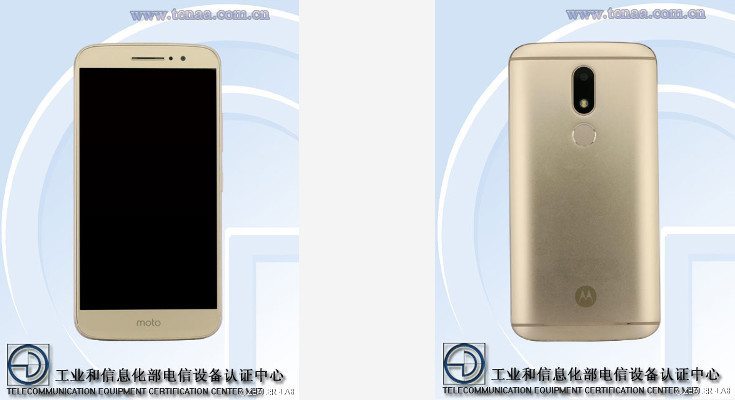 Motorola has been quite for most of the year, but the company has come alive recently with their new Moto Z lineup. Another handset is apparently in the works with the Moto M, and it has just been spotted passing through TENAA certification.

A device carrying the model number XT1662 has passed through the regulatory body in China known as TENAA. The handset is believed to be the Moto M, which slides into Motorola’s lineup at the mid-range level. In terms of design, there is not a lot to say as the photos only tell us so much, which is that it looks like an average Android handset.

As for the innards, the Moto M will have a 5.5-inch panel with a resolution of 1,920 x 1,080. Beneath the glass, you’ll find a 2.1GHz MediaTek MT6755 and 3GB of RAM, while the storage clocks in at 32GB. Not too shabby by any means. Other highlights will include a solid 16MP rear camera, a 5MP front-facing camera, and a fingerprint scanner on the backside. The Moto M will have a 3,000mAh battery and is listed with Android 6.0.

There’s been no word on when the Moto M might launch, and as you would expect, pricing is very much up in the air as well. It should be fairly affordable given its specs and the price of the company’s other handsets, so we will keep you updated as we learn more.