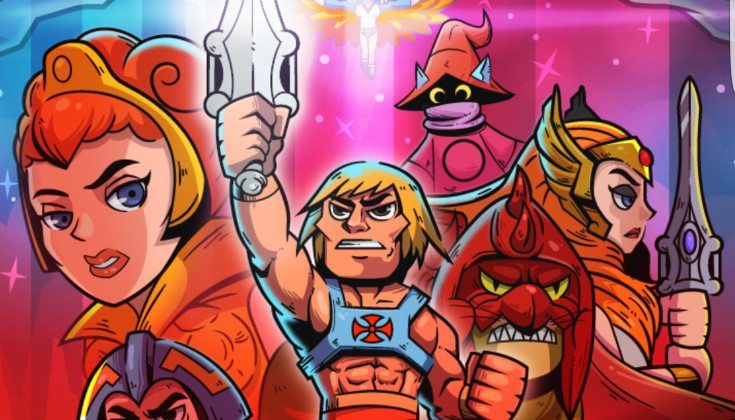 The folks on planet Eternia have undergone some changes over the years, as we’ve seen various He-Man characters get a facelift… or three. The vibe and teams have stayed the same though, and you’re in charge of the good guys in the He-Man Tappers of Grayskull game. Needless to say, the villainous Skeletor and crew have a few big tricks up their sleeves. 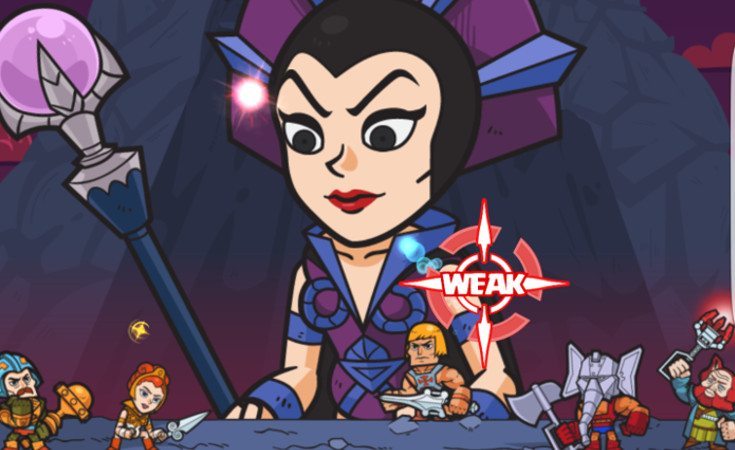 Skeletor and his minions are super-sized in He-Man Tappers of Grayskull, and you’ll have to take control of tiny He-Man characters to take down the villains. As the name implies, your finger is the weapon of choice as you simply need to tap the screen to deal damage. The more you tap, the more enemies you defeat until you arrive at one of the big bosses and things get real.

As you lay the smackdown on various villains from the He-Man and the Masters of the Universe cartoon, you will gain coins which can be used to unlock He-Man characters, abilities, and skills. The abilities tab is where you unlock your power-ups along with leveling up He-Man, and the Skills tab is where you put those abilities into action. They all have cool down timers; the more powerful the ability, the longer the wait. There’s also an Artifacts tab where you can summon Orko for some goodies and the Shop which is self-explanatory. 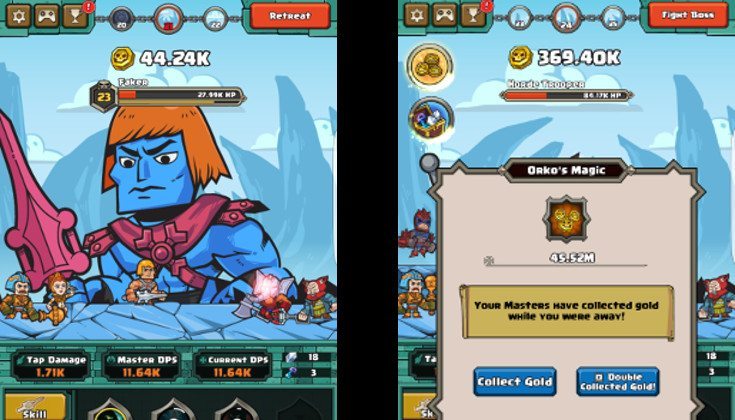 While the action is on auto-pilot once you level up your team, the meat of the game is the unlockable He-Man characters. There are around 20 characters to grab in the game including fan favorites like Man-At-Arms, Stratos and Ram Man along with some unexpected choices like Rio Blast, Gwildor, and Roboto. The villains you’ll face are more varied than the heroes with weird minions and major players alike.

The He-Man Tappers of Grayskull game is a freemium title, and while you can buy gold or gems, earning them is easy. In less than an hour of mindless tapping, I was able to gather up 4 characters and level up my team nicely. When I came back later in the day, the team had collected plenty of loot for me to buy new members with then it was off to the races. There are plenty of ways to earn free gold as well with the usual videos which actually pay out quite well. 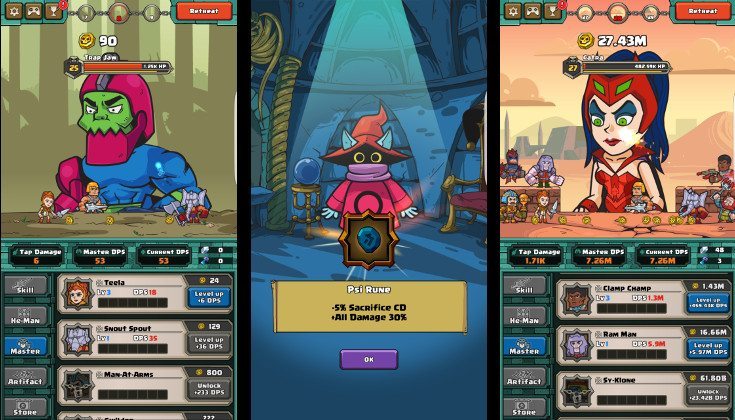 As a fan of He-Man, I am a bit biased towards this one and am also not a huge fan of mindless tapping games. I have seen my fair share of them. Well, I’m pleased to say that He-Man Tappers of Grayskull is a game that should hit all the right notes with old-school fans and new ones alike. The tone and style fit the universe perfectly — the voice acting is great, the graphics are slick and there’s plenty of room to grow if Animonica decides to expand. It is mindless, but it’s also quite a bit of fun.

If you’re looking to travel through 12 realms of Eternia while battling the giant minions, you can head on over to the App Store or Google Play and scoop up He-Man Tappers of Grayskull for free.