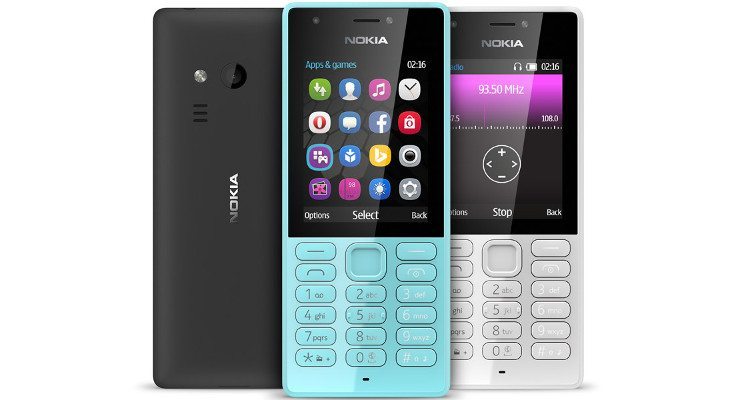 Miss those old Nokia handsets? We do too, and while we await their triumphant return, Microsoft has something a little different planned. The Nokia 216 and Nokia 216 Dual SIM are now official, and it’s safe to say it isn’t the handset most folks hoped for.

For every flagship on the streets, there are dozens of entry-level devices and feature phones with some “smart” functions thrown in. That’s where the new Nokia 216 and its Dual SIM brother reside as they are about as far from flagship as you can get. The doesn’t mean they aren’t worth a look however, especially considering they are priced at the equivalent of only $37.

The Nokia 216 is small measuring 118mm x 50.2mm x 13.5mm and only weighs 82.6grams. The display is of the LCD variety and measures 2.4-inches with a resolution of 320 x 240. The size is due to the fact that it has an old-school physical keyboard for dialing, which takes up a large portion of the front. As for the innards, we couldn’t dig up any information on the chip, but do have a few tech specs to share.

You’ll get 16MB of RAM on the handset, and when it comes to storage, you’ll want to have a microSD card on hand. That essentially acts as your hard drive, and the phone can handle up to a whopping 32GB on said card. Other features to note include a 3.5mm headphone jack, Bluetooth 3.0, 2G GSM, and a 0.3MP rear camera to go along with a VGA snapper for selfies. The Nokia 216 and Nokia 216 Dual SIM will have a 1,020mAh removable battery and runs Series 30+ out of the box.

At the moment, you will have to reside in India if you want to scoop up the Nokia 216 and Nokia 216 Dual SIM as nothing has been mentioned in regards to an international launch. The smartphone is priced at Rs. 2,496 which shakes out to around $37 in the states.