iPhone 7 Jailbroken in Less than 24 hours! 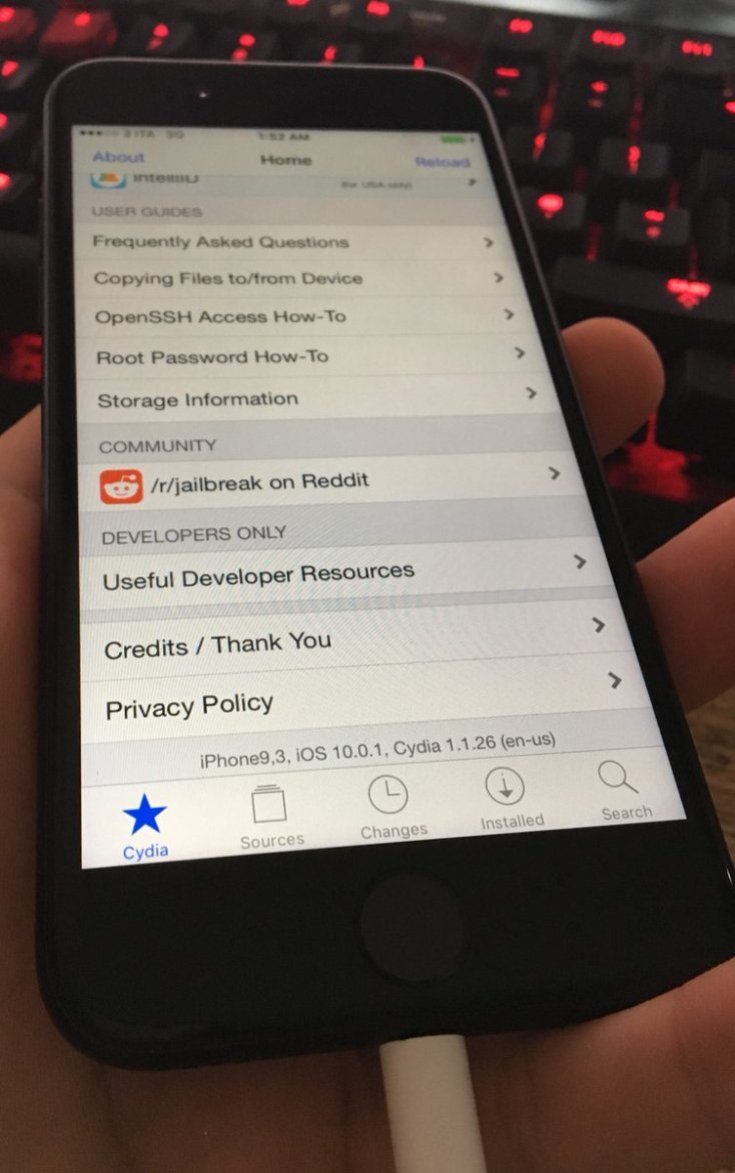 Well, itÂ didn’t take long for the iPhone 7 JailbrokenÂ news headline to surface on the internet, isn’t it? I mean, in just 24 hours after receiving the new “Apple’s best smartphone in the world”, the well known security researcher/hacker Luca Tedesco put on Twitter an image with his iPhone 7 running on iOS 10.0.1 together with the Cydia app store, which allows you to install all sorts of software and apps on a jailbroken iPhone, stuff that Apple doesn’t support officially.

That translates into a jailbroken device under any definition folks. Thing is that Mr. Tedesco has not released just yet the exploit used for jailbreaking the iPhone 7 and also he kept it pretty hush-hush, i.e. he didn’t mention detailed intel about how he did it and the whole nine yards. At least officially, as I bet there’s a dedicated thread on the darkÂ Web somewhere with the Bitcoin address and all that.

Another thing that must be clarified is whether the exploit used was an untethered jailbreak or he used something else. An iPhone 7 jailbroken using anÂ untethered exploit or device doesn’t require you to re-boot your iPhone if the respective device gets switched off by any reason, the likes of low power or whatever. The good news for today is that a jailbreak for the new iPhone 7 has already been developed by this guy and knowing that, it’s just a matter of time for companies like Pangu et al to come up with something similar.

If you’re an early buyer looking to jailbreak your precious iPhone 7/7 Plus in order to install Cydia tweaks, well, today’s news just gave you Â reasons to be optimistic for the future. Pangu is the same (Chinese) company that released the first commercially available untethered jailbreak device for iOS 9. And Â it’s also pretty sure that Apple will work hard to patch the vulnerability which allowed the iPhone 7 to be jailbroken in the next iOS update, that’s a given folks.