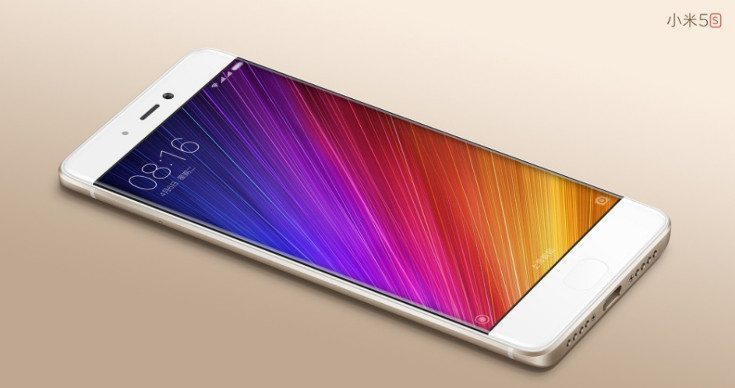 Xiaomi has always been a brand to watch, and while their smartphones don’t roll out that regularly, they usually bring something solid to the table. The Xiaomi Mi 5s specifications are official today, and it is one to watch if you are in the market for a high-powered smartphones.

Whether you purchase from the mid-range or flagship class, fingerprint scanners are a bid deal these days. It’s one of those features geared to lure folks in, and it’s also a pretty nifty way to unlock your phone. The Xiaomi Mi 5s certainly sports one of those, but theirs is a bit different as it’s an ultrasonic fingerprint reader that sits beneath the glass.

Most fingerprint scanners are found on home buttons or on the backside of the smartphone. That isn’t the case with the Xiaomi Mi 5s, as it’s reader is beneath the glass. The sensor uses Qualcomm’s Sense ID tech and can capture prints more accurately in a wide variety of conditions compared to normal readers. As for the rest of the Xiaomi Mi 5s specifications, they aren’t too shabby either.

The Xiaomi Mi 5s specifications show it is a flagship in every sense of the word. The only real drawback being the lack of pixels as it’s not QHD. As you might expect, this one will be available in China initially where it will cost the equivalent of $299 for the 3GB model or $344 for the 4GB model. The handset will be available in Gold or Gray in a brushed finish while the frosted finish comes in Silver or Rose Gold. The smartphone will be available on September 29 in China before moving along to other locales.