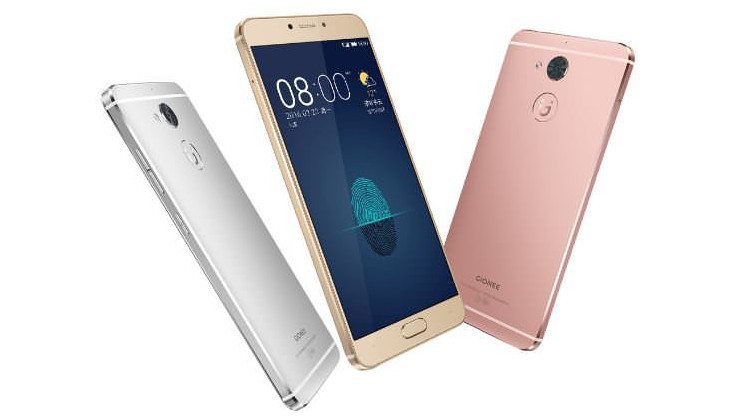 The Gionee S6 Pro has been on our radars since the summer when it first was unveiled in China. The Gionee S6 Pro price has been the subject of debate, but the air has been cleared as it will set you back Rs. 23,999 in the region.

Whenever a smartphone has the “Pro” moniker, it usually means it offers up something a little extra under the hood. That’s not always the case, but Gionee has delivered with Gionee S6 Pro. The smartphone has almost everything you could ask for from a high-end smartphone and is the follow-up the regular model which debuted in the country earlier this year.

Like many handsets we cover, the Gionee S6 Pro specs show that it’s in the phablet range. That’s due to a 5.5-inch panel with 2.5D curved glass and a resolution of 1,920 x 1,080. The slab of glass is set in a metal unibody, and while it looks similar to some very popular models, most smartphones look the same these days. It does have the company’s smiling logo on the backside though, so there is no mistaking it for another brand.

The Gionee S6 Pro is powered by a Helio P10, which is an octa-core processor clocked at 1.8GHz. The chip gets some help from 4GB of RAM while the storage is listed at 64GB but expandable up to 128GB through a microSD card slot. Needless to say, you’ll have plenty to work with out of the box. Other features to note include a fingerprint scanner, a USB Type-C port for quick charging and transfers, and the company’s Gionee VR app.

When it comes to cameras, the Gionee S6 Pro is solid with a 13MP sensor w/ PDAF and an LED flash on the back. The front-facing camera is listed at 8MP and will have a “screen flash” feature as well. Connectivity options will include 4G VoLTE, Bluetooth 4.1, Wi-Fi, GPS, and Dual-SIM slots. The Gionee S6 Pro will draw its power from a 3,130mAh battery and is listed with Android 6.0 out of the box with the company’s Amigo 3.2 slathered on top.

The Gionee S6 Pro price for India is lsited at Rs. 23,999 which shakes out to around $360 in the states. It’s VR-ready out of the box with the company’s G-store and their headset can be picked up for an additional Rs. 2,499. The smartphone will be ready to roll tomorrow and available to pick up in Gold or Rose Gold.