Google held their annual event today, and we’ve already taken a look at the new Pixel phones. Now it’s time to turn our attention to the Daydream VR headset, which is their new take on Cardboard.

The rumor mill has run rampant with word that Google would unleash their own VR headset this year. Not cardboard mind you, but something a little nicer to go with their new virtual reality platform. They did not disappoint. As you can see from the photos, the Daydream View headset is unique, and a bit more stylish than their old VR unit.

While the Daydream View headset isn’t on the Oculus level, it is akin to the Gear VR, which currently rules the roost on the mobile front. Well, Google’s new headset is bound to give it a run for its money, and it will work with more handsets than just the newer ones in Sammy’s arsenal. That said, it is built to work with Daydream VR handsets, so we will have to see which ones are early adopters outside the Pixel and Pixel XL. 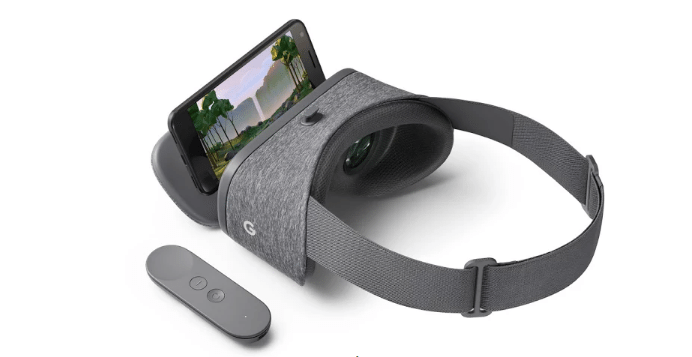 In terms of design, the Daydream View headset is going to be light at 220grams thanks to the construction. It is made from plastic and foam with a fabric covering that is removable, and thankfully washable. Velcro will help keep things in place, and Google says it will hold a variety of phones regardless of their size or casing.

Like the Gear VR, there is also a controller with two buttons (home and menu) to go along with internal sensors to track your hand movements. Unlike the Gear VR, this one comes bundled with the headset and doesn’t cost extra. It has volume buttons as well and fits in a slot on the headset. Another plus for those of us that lose things, especially small remote controls.

The new Daydream View headset may not be what some folks expected with hardware, but we were pleasantly surprised by it overall. The design is cool and it will be a whole lot more accurate than cardboard with a new sensor setup and controller. The lack of the Oculus store is still a bit of a downer, but many of those titles can be found on the Play Store as well these days. 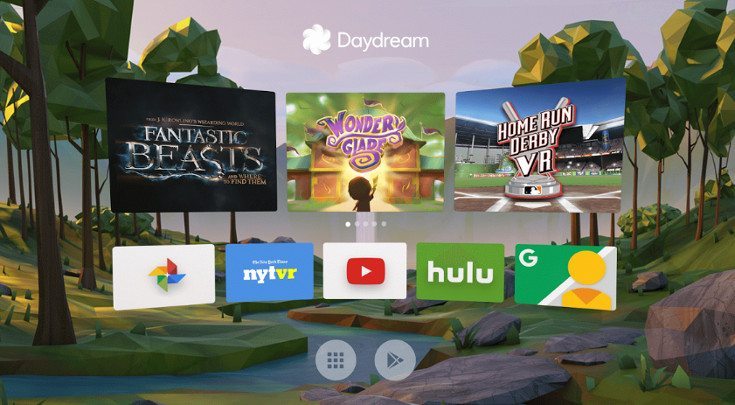 The new headset will launch in “Slate” but Google will add Crimson and Snow sometime later this year. The Daydream VR headset goes up for pre-order on October 20th through the Google Store but will be available to purchase outright at a variety of retailers sometime in November.