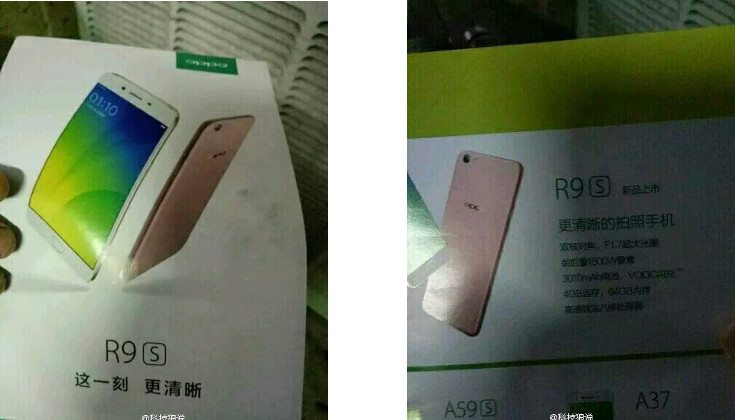 While most of the high-end devices have been announced for 2016, there are still some stragglers coming in overseas. The Oppo R9S is one of them, and while we know quite a bit about the handset, a new leak has shed some light on the Oppo R9S specs.

The Oppo R9 and the R9 Plus have been around for a while, and the Oppo R9S is set to be the next member to join the lineup. The handset has been leaking for quite some time, and while the Oppo R9S release date is still up in the air, we do have some conformation on the innards. The leak looks to be of the official variety as well considering it comes in the form of a promotional flyer.

Leaks can come in many forms, and someone managed to snap an interesting photo of a poster for the upcoming Oppo R9S release. The photo is blurry (and in Chinese) but confirms a 13MP front-facing camera – something you don’t see every day.

It will also have a 5.5-inch FHD panel and the speedy Snapdragon 625 under the hood as well. Other features tipped from the pic include 4GB of RAM, a 3,010mAh batter, 64GB of storage, and VOOC charging. The photo also confirms the handset’s design, which is about what we expected based on the previous leaks.

We love a good leak, and today’s is a doozy if you have been waiting for word on the Oppo R9S. As mentioned, we still don’t know when this one will land, but we expect it to find its way into several regions sometime this month if the rumors pan out.