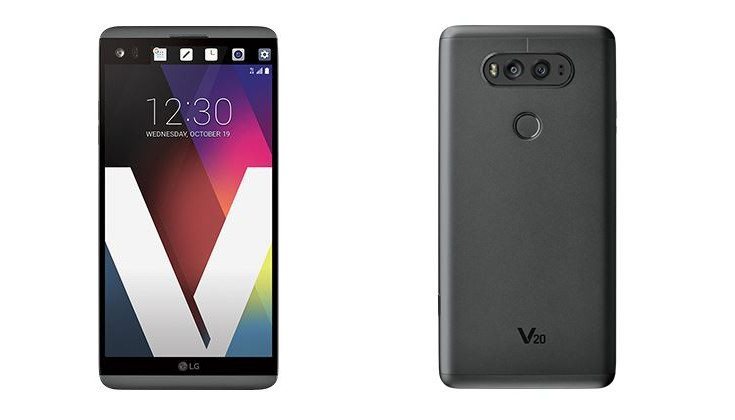 Everyone knows how much T-Mobile loves to give away freebies, just ask folks that take part in T-Mobile Tuesdays. Today’s news is a of different sort however as the LG V20 release date is set for the carrier, and it will come with a very nice freebie.

T-Mobile is going to unleash the LG V20 on the masses October 28th. If you opt to pick one up through the carrier, you will get a free pair of Bang & Olufsen BeoPlay H3 headphones, which would normally set you back $149. As someone who got to tinker with a BeoSound 3000 setup back in the day, I can tell you firsthand they produce quality products. Earbuds aside, the phone itself is a bargain as well considering the LG V20 specifications and features.

The LG V20 is the follow-up to the V10 which dropped around the same time last year. That means the secondary display is back for another round on the 5.7-inch QHD panel. The power is provided by a Snapdragon 820 and 4GB of RAM, while the internal storage is listed at 64GB, but expandable through a microSD card slot. The cameras are solid as well with a Dual 16MP rear snapper and a 5MP front-facing sensor.

While the Pixel XL will come with Android Nougat 7.1 (lol Google), the V20 is still the first mainstream device to drop with Android 7.0 out of the box. It also has a USB Type-C port for quick charging on its 3,200mAh battery. All the usual suspects are present in the connectivity department as well and the same can be said for LG’s arsenal of software tweaks. It’s a sharp looking handset to boot as are most of LG’s high-end devices.

As with most of Magenta’s offers, the free earbud promotion is good while supplies last and must be redeemed by December 2nd. Move quickly as we expect to see Note consumers take to this one. The LG V20 price through the carrier is unknown at this time, but rest assured, it will be expensive unlocked and around $30 per month through the carriers financing options.