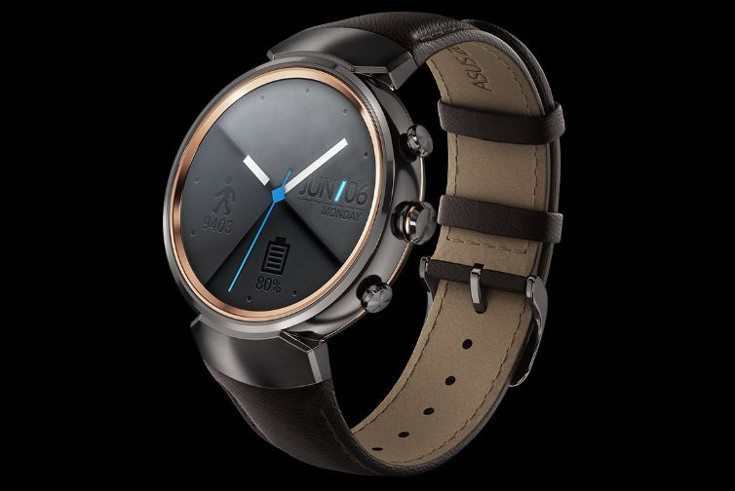 Earlier today we told you about a new smartphone coming to the states from Asus. The company is also going to unleash the Asus ZenWatch 3, and it’s one of the only options outside the Gear S3 if you want a reasonably priced Android wearable this year.

It’s been a rough year for Android Wear. We had been spoiled with at least 2-3 smartwatches from major manufacturers over the past few years, but 2016 has been different. Samsung adopted Tizen as its platform of choice while Huawei, Motorola and others opted not to refresh their wearables. It’s not the death knell just yet, and the Asus ZenWatch 3 (and Fossil) is proof of that.

The new ZenWatch has a round 1.39-inch AMOLED panel with a resolution of 400 x 400. The round face makes a world of difference over the square model, and measures 45mm x 45mm x 9.95mm. You’ll get power from the new Snapdragon 2100 processor for wearables and 512MB of RAM, while the storage is still 4GB of eMMC flash. The watch has Bluetooth 4.1 and Wi-Fi, a 340mAh battery with quick charging, and comes with a slew of watch faces out of the box.

Asus didn’t specify an exact release date for the Asus ZenWatch 3, but said it will debut in November which is right around the corner. It’s priced at $229 with a Silver, Rose Gold or Gunmetal bezel an matching clasp.

Are you interested in the ZenWatch 3 or have you already decided on a different wearable?