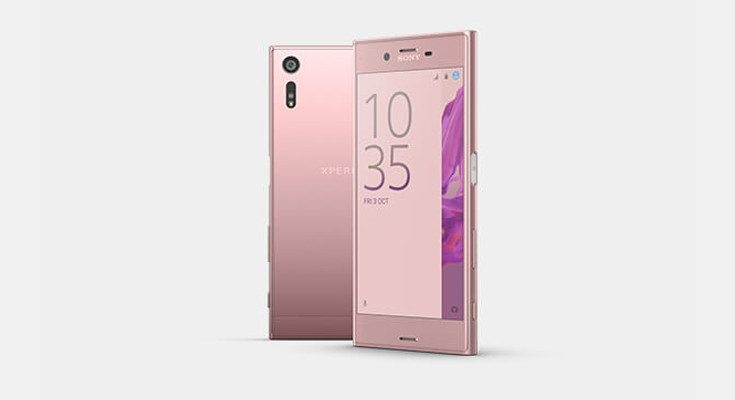 The Sony Xperia XZ recently rolled out globally including a stop in the states. If you reside in the UK, you now have a new color choice in the Deep Pink Sony Xperia XZ.

The majority of handsets on the market come in two colors – Black or Silver. Sure, there are plenty of series that offer up colors although it tends to be news when a flagship line adds a new hue. Sony has never been one to shy away from a colorful shell, especially in Pink or Gold. The former is making an appearance on the Sony Xperia XZ as you can pick it up in a Deep Pink color if Black, Platinum or Blue is not your thing.

As you’d expect, the changes to the new Sony Xperia XZ are only on the outside. That means it still has a 5.2-inch FHD panel and is powered by the Snapdragon 820 and 3GB of RAM. The base model comes with 32GB of storage, which is expandable through a microSD card slot. As for the cameras, they are quite nice thanks to a 23MP rear camera with PDAF and Laser Auto Focus and a 13MP front-facing snapper.

The Deep Pink Sony Xperia XZ has a solid audio setup, and all the connectivity options you could ask for. That includes Wi-Fi, Bluetooth 4.2 LE, GPS/A-GSP, a fingerprint scanner, and 4G LTE. It has a USB Type-C port as well, and the battery is listed at 2,900mAh. The OS is listed as Android 6.0 but will come with the usual dose of software tweaks from Sony.

At the moment, the Deep Pink Sony Xperia XZ can be purchased through O2 in the UK It’s available on Pay & Go or for zero down upfront and £37 per month. The Forest Blue model is also in stock for the same price although neither is available with the 64GB storage option.