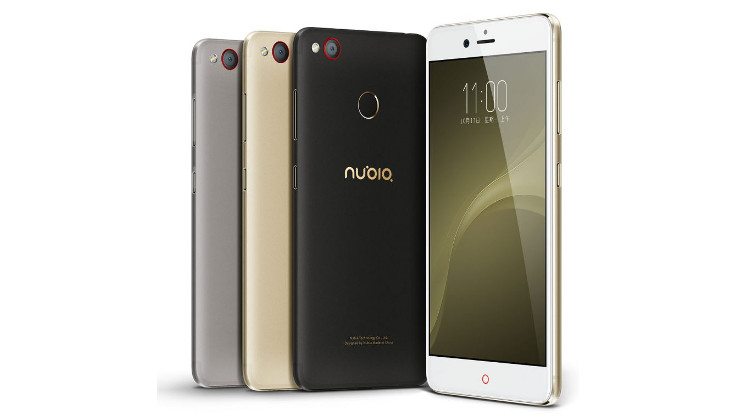 ZTE has dropped several large phones and slates this year. Now it’s time to take a look at something a bit smaller in the ZTE Nubia Z11 mini S, which has just been launched in China.

If you keep up with the news, you may have come across an article or two involving the ZTE Nubia Z11. The smartphone launched in June, and we’ve seen a few variants including the fancy Black Gold Nubia Z11 which appeared last month. Well, the ZTE Nubia Z11 mini S isn’t as large as its sibling but offers up a whole lot of awesome under the hood.

There are two options when it comes to storage on the ZTE Nubia Z11 mini S with a 64GB or 128GB variants. Both are expandable up to an additional 200GB through a microSD card slot. The rear camera is a beast at 23MP with PDAF and an LED flash. The front-facing camera is no less impressive thanks to a 13MP wide-angle lens.

Other options to note include a fingerprint scanner, 4G VoLTE, Bluetooth 4.1, GPS/GLONASS, Wi-Fi, and a USB Type-C port. The smartphone sips its power from a 3,000mAh battery and runs Android 6.0 with Nubia 4.0 on top. Needless to say, it would hard not to call it a flagship with a larger processor or QHD panel.

While it may not be the smallest mini on the block, the ZTE Nubia Z11 mini S specifications show that it will be one of the most powerful to carry the “mini” tag. The smartphone will go on sale in China on October 25th in Silver, Gold or Black with a price tag of 1899 Yuan or around $280.