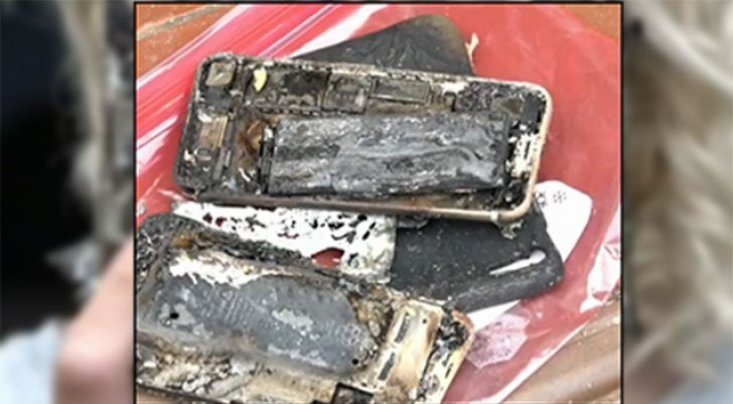 Now, boys and girls, today’s piece of news will make your skin crawl, as we just got word about an iPhone 7 igniting  inside of a car in Australia. After the tragic event, the car’s interior was messed up, but fortunately, nobody was hurt in the process. Well, except for the car and the iPhone of course. Now, this story is strikingly similar to a recent one I’ve written about in the last couple of months, I just can’t put my finger on it.

Oh, wait, yes, it was about the Samsung BoomGate and a guy from Florida whose Jeep also caught fire due to a defective Galaxy Note 7, I remember now. Joke aside, this is the second time an iPhone 7 reportedly exploded  (that’s a strong choice of words actually) and if this keeps happening, just like it was the case with the Note 7, a global recall will probably follow. But unlike Samsung, a company that sells dozens of smartphone models (they can recoup with the S7/S7 Plus and many others the Note 7’s fiasco), Apple only sells 2 models, both of them being iPhone 7’s. I mean, if the unthinkable happens, it will be a huge blow to the company, that kind of extinction level event that wiped out the dinosaurs, Nokia and Al Gore’s political career in 2000.

The story goes something like this: a surfer from Australia named Mat Jones left his week-old iPhone 7 inside his car under some clothes (like an anti-theft measure) and he went to the beach. When he got back, the car was filled with smoke, as the phone basically ignited and…well, just take a look at the pictures. It seems like the car interior was pretty much damaged in the process and the iPhone 7 totaled beyond any recognition. The news was reported by  an Australian TV news network, 7 News and we’ll just have to wait for an official investigation. 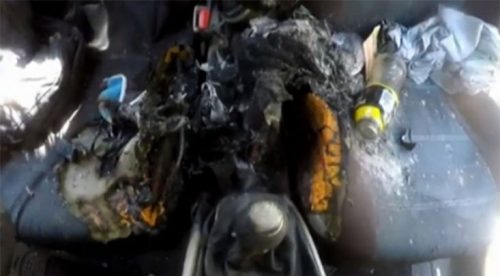 One thought on “Claim: iPhone 7 Bursts Into Flames Inside Car, Destroys Vehicle”