Samsung has seen better days, but the company is far from finished. Their Galaxy lineup as a whole is just as strong as ever due in part to handsets like the Samsung Galaxy C9 Pro. Not long ago the smartphone rolled through the FCC tipping us off to its battery and has leaked numerous times since then. It appears as if all those leaks came true, which means we have a high-powered smartphone to talk about in the Samsung Galaxy C9 Pro. 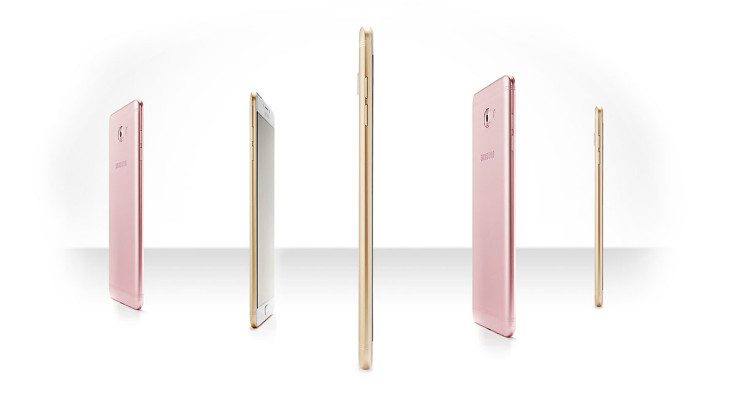 The Samsung Galaxy C9 Pro is in the phablet range and looks like it belongs in the Galaxy lineup. It has a metal unibody with a large 6-inch Super AMOLED display with a resolution of… 1,280 x 720. While that is a wee bit disappointing, the rest of the Samsung Galaxy C9 Pro specifications are quite nice. The power comes from a Snapdragon 653, and you’ll have plenty of memory with a whopping 6GB of RAM. An odd combo for sure, but powerful nonetheless.

While the C9 Pro has plenty of RAM, you will also get ample storage with 64GB out of the box. It’s expandable as well, so there will be no need for the cloud with this one. As for the cameras, a 16MP sensor takes care of the main photos – on both sides. Yup, it has twin 16MP snappers which is something you don’t see every day. Rounding things out for the Samsung Galaxy C9 Pro is a fingerprint scanner, 4G LTE, Wi-Fi, Dual-SIM and a 4,000mAh battery. The C9 Pro will run Android 6.0 out of the box.

The Samsung Galaxy C9 Pro is an oddball, but one with plenty of pop. Sammy went all out with the RAM, storage and cameras, but left the display and processor as an afterthought. It is an interesting smartphone to say the least. The price they chose is interesting as well; the Samsung Galaxy C9 Pro price for China shakes out to around $472 in the states. No release date has been given for an international launch, but that should change soon.

Would you like to see the Samsung Galaxy C9 Pro come to your region?