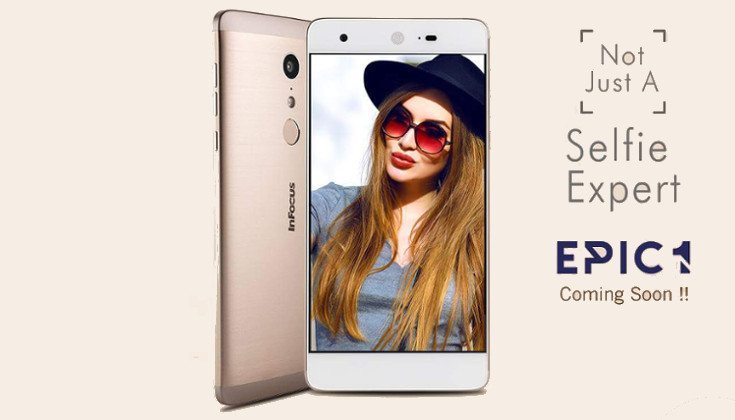 InFocus is one of those brands that generally stays in the mid-range class. This year they have stepped their game up under the hood, and today they have dropped something with a bit more pizazz with the InFocus EPIC 1.

A name can say a lot about a smartphone. From devices dubbed “minis” to handsets with a Plus moniker, the name sometimes tells the tale. In this case the world EPIC makes us think of a flagship class handset, and we’re pleased to say that’s what you’ll get from the InFocus EPIC 1. While it is missing a few bells & whistles, it has plenty of power and a solid feature set to boot.

When it comes to horsepower, smartphone manufacturers generally opt to go with a Snapdragon or MediaTek chip. They chose the latter this time around as the InFocus EPIC 1 will sport a MediaTek Helio X20 processor inside its full metal shell. The chip will smoke and gets a boost from 3GB of RAM while the storage is listed at 32GB and is expandable through a microSD card slot. As for the display, it’s listed at 5.5-inches and sports a resolution of 1,920 x 1,080.

On the rear of the InFocus EPIC 1, you will find a 16MP sensor with PDAF and a Dual-Tone LED flash. The front-facing camera makes use of an 8MP snapper. In terms of connectivity, you can expect Bluetooth, Wi-Fi, GPS/A-GPS, and Dual SIM slots both of which support 4G LTE. You will also get a new USB Type-C port for past transfer and charging times. Throw in a fingerprint scanner and a 3,000mAh battery and you’ve just met the InFocus EPIC 1.

The InFocus EPIC 1 has almost everything you could want from a modern Android handset, and it’s cheaper than many devices carrying similar specifications. Currently, the InFocus EPIC 1 price is listed at Rs. 12,999 which shakes out to around $194 in the states. The handset will be ready to roll in India beginning on October 25th and has a price tag of Rs. 12,999.