Lenovo Phab 2 Pro Will Hit the World on November 1st 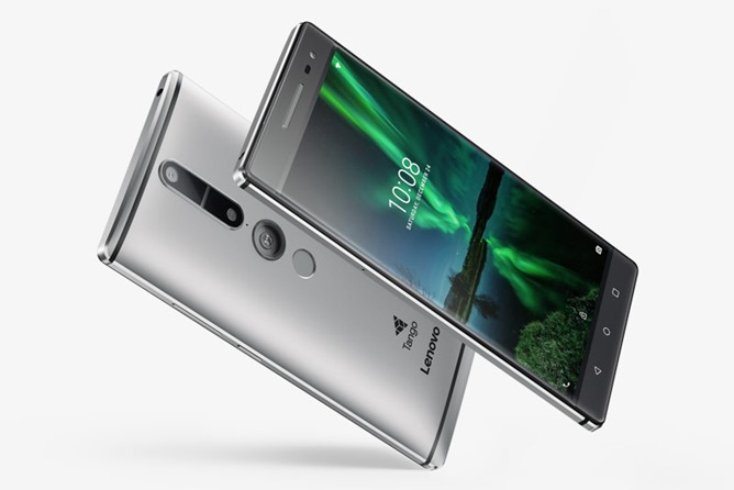 As its name suggests, the Lenovo Phab 2 Pro is a glorified phablet, something between 2 worlds and any Android heavy-user’s dream. The good news is that next week, the Lenovo Phab 2 Pro will go on sale officially, according to Lenovo’s store site. The phablet boasts its huge real estate display, which stands at 6.4 inches and the Google Tango 3D enabled camera which comes with Google’s latest 3D technology. Also known as Project Tango, the Tango 3D thingy scans the outside surroundings for creating very detailed 3D maps which are to be used for augmented reality-games, graphics and who knows what in the future.

Don’t get confused though, because Lenovo’s website is not very well organized: the Lenovo Phab 2 is on sale as we speak, but the Pro version will not be available until November 1st, fair warning. While the Lenovo Phab 2 is a mid-ranged phablet with the same gigantic 6.4” display, the resolution is only 720p and as per internals, it runs on a MediaTek MT8735 Quad Core architecture, with 3 GB of RAM, 32 GB of native storage capacity, a beefy 4500 mAh power plant and the CPUs are clocked at 1.3 Ghz. The vanilla Phab 2 runs on Android Marshmallow out of the box and it comes with 2 cameras, a 13 MP main snapper and a 5 MP secondary for video calling and selfies. The price tag is very decent at $199 and the phablet is available in Gunmetal Grey or Champagne Gold.

On the other hand , the Lenovo Phab 2 Pro is another story altogether, as the display boasts QHD resolution, i.e.2560×1400 pixels and it uses a Qualcomm Snapdragon 652 system on chip under the hood. The amount of RAM on-board is 4 gigabytes and the internal storage capacity stands at 64 GB. The expected price tag of the Lenovo Phab 2 Pro is rumored to be around five hundred bucks. Both the Lenovo Phab 2 Pro and the vanilla will work on GSM networks only, meaning that in the US you’ll be able to use them on T-Mobile and AT&T, fair warning folks.