Oukitel U15 Pro takes the toughness test against a Samurai Sword 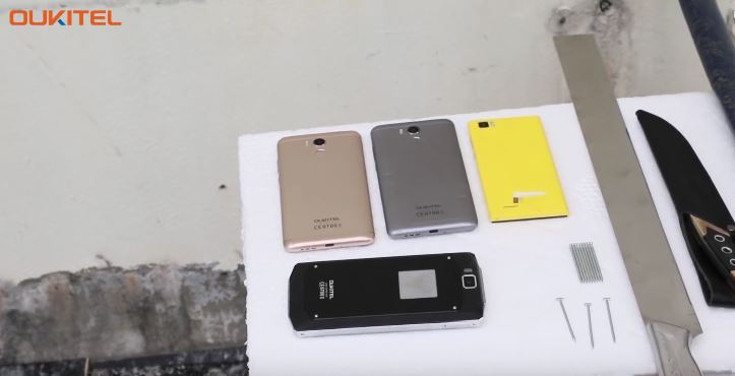 Some handsets are made with plastic housings while others boast something a bit sturdier. While we’ve seen a number of drop tests and other feats of strength in the smartphone world, a samurai sword test is a first for us. That’s exactly what the Oukitel U15 Pro had to contend with along with a few other instruments of impalement.

Drops tests have always been a popular way to go when it comes to putting a phone through the ringer courtesy of YouTube. As phones have gotten better and audiences bigger, we’ve seen some different methods of destruction come to light. A samurai sword had not been one of them. Someone at Oukitel got the wild idea to take a crack at the Oukitel U15 Pro with several sharp pieces of steel and you may be surprised at how it held up.

Oukitel puts the poor Oukitel U15 Pro through three phases of torture. In the first phase, they give it a swift crack with a machete along with a glass and plastic backed handsets. Want to guess which one wins? The second test involves using the Oukitel K10000 as a hammer, which was actually just to loosen the U15 Pro up for a large knife. Spice is the variety of life…or death in this instance. The third test involves the weapon of choice for Ninja aficionados around the globe; we’ll let you figure the rest out from there.

You can find out more about the Oukitel U15 Pro in our previous coverage, and it’s safe to say it’s going to be a bit tougher than most handsets in its class. While we wouldn’t advise testing your smartphone in the same fashion, you can sit back and safely enjoy the destruction from the link below.