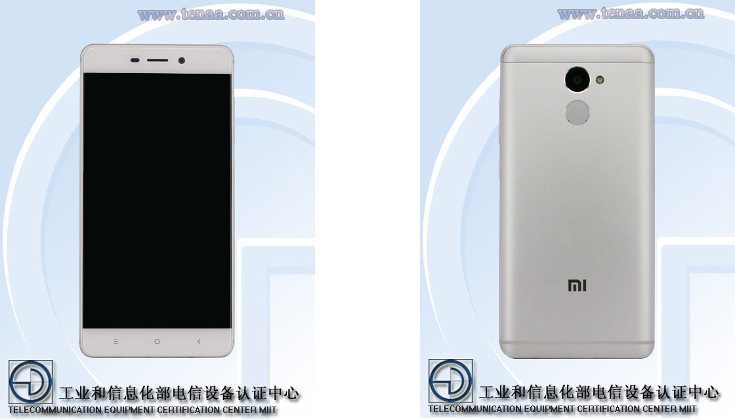 Another day, another handset… from Xiaomi. The company has been extremely busy this week and the Xiaomi Redmi 4 is the company’s latest device to get the spotlight treatment. This time around it’s not quite as official though as the smartphone has passed through TENAA certification.

Xiaomi has been dropping handsets left and right this week. If you blinked, you could have missed one as they have certainly been on a roll. While the slick Mi Mix is something plenty of people want to get a hold of, it’s not exactly affordable. That’s where the Xiaomi Redmi 4 steps in, as it shouldn’t break the bank and still has respectable innards.

Whereas most of the beasts we cover are in the phablet class or above, the Xiaomi Redmi 4 is a wee bit smaller. It sports a 4.96-inch display with a Snapdragon 625 under the hood, a chip that’s become the go-to choice for mid-rangers this year. The processor will get a bump from 2GB of RAM while the storage is listed at 32GB but expandable up to 128GB through the usual method.

As you’d expect, the Xiaomi Redmi 4 will have a fingerprint scanner on its rear and right above it you’ll find a 13MP rear-facing camera with and LED flash. The rear snapper clocks in at 5MP but should be more than sufficient for most. All the usual connectivity options are present as well including Dual SIM slots and 4G LTE. A 4,000mAh battery will keep the lights on while Android 6.0 runs the show with the usual software tweaks from Xiaomi.

At the moment, we’re not sure when the Xiaomi Redmi 4 release date will arrive, but it is expected to be sooner than later. Whenever it lands, you’ll have to reside in China to grab one at launch where it will be rolled out in Grey, Silver and Gold.