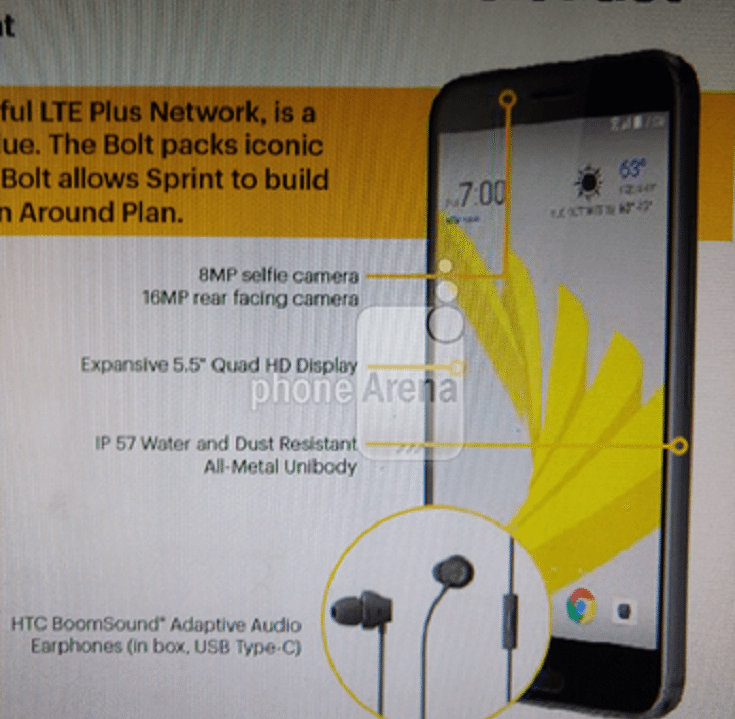 As per our current intel coming from multiple sources, HTC is working assiduously at their next HTC 10 Evo/Bolt (it’s not yet very clear under what moniker this droid will be sold after all). Another possibility is that HTC will sell their next flagship smartphone using both names, each of them being restricted to selected markets. The HTC 10 Evo or Bolt was already spotted both in live images and leaked renders, but only in its silver colorway.

Today we have the opportunity to see the Taiwanese made beast sporting a cool black chassis, which looks better than the silver one, at least in this writer’s humble opinion.  Check out the picture and judge for yourself. 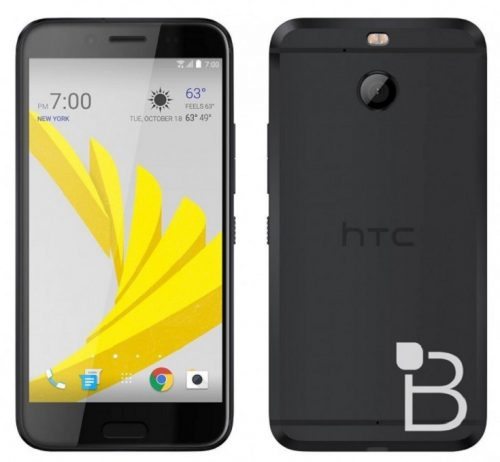 There’s also a picture of a promotional material for the HTC Bolt which suggests that the smartphone will be launched in the United States on November 11th via Sprint. According to the poster, the HTC Bolt will come with a 5.5 inches wide display of quad HD resolution, i.e. 1440×2560 pixels. The main snapper will have a resolution of 16 megapixels while the secondary selfie camera will have an 8 MP sensor.

Another interesting fact is that the HTC Bolt will boast IP 57 certification, meaning that it will be capable of withstanding all sorts of abuses, including water hazards sort to speak, i.e. you’ll be able to submerge the Bolt under 3 feet of water for half an hour and it will still be working afterwards. That remains to be seen though,because seeing is believing, right?

The upcoming HTC Bolt is manufactured without a 3.5 mm headphone jack, so  you’ll just have to connect the headphones (BoomSound Adaptive Audio) via the USB Type C port. The chassis is made from metal and the smartphone will be available both in Glacial Silver and Carbon Grey (the one in the picture above) as a Sprint exclusive.