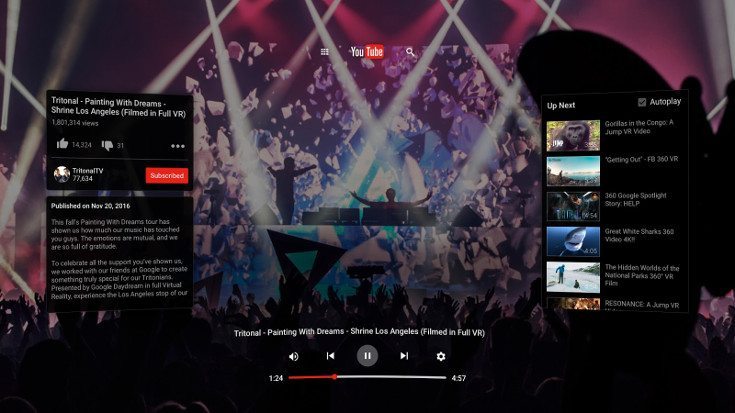 VR through cardboard or the Gear headset can be tricky at times, especially trying to browse the web or regular videos. Well, the YouTube VR app has arrived to remedy one of those issues, and it’s an app you will want to download immediately if you own the proper equipment.

Unless you’ve been living under a rock, you are probably aware of the Pixel phone. The “must have” accessory for the handset is the DayDream VR headset, and now we have an app for that platform you won’t be able to live without. The YouTube VR app brings all those cat videos to the forefront and actually makes browsing VR videos a joy instead of a nightmare.

While the YouTube VR app is geared towards VR videos it will make “any” video you are watching more of an experience. That said, there is plenty of tailored content new and old, so you will not bore easily. Your eyeballs may pop though. Ocular issues aside, the app includes voice search and will offer up a few familiar features when you sign in. That’s if you have the DayDream headset and a Pixel phone of course…

As cool as the new YouTube VR app appears to be, only a select few are going to actually be able to experience it. It’s just as locked down as the Daydream View headset will be without the Pixel phone at the moment. There is no need for pitchforks quite yet though as the company said “available first on Daydream” which means it will eventually be available for Cardboard, the Gear VR, and other platforms.