The Selfie is a craze that isn’t going to die anytime soon, and the Vivo V5 was tipped to have a massive front-facing camera. Well, today the phone is official and it’s going to be the best selfie snapper around thanks to a 20MP camera.

We often talk about selling points for phones. Horsepower will always do the trick and we already know edges are in. Cameras are often used to push units as well, which is the Vivo V5’s main feature. The rest of the specifications are nothing to scoff at… it is just hard to ignore a 20MP front-facing camera. The sensor is a Sony IMX376 and it sports an LED flash to boot. The regular rear camera is nice as well at a solid 16MP with PDAF and AF. 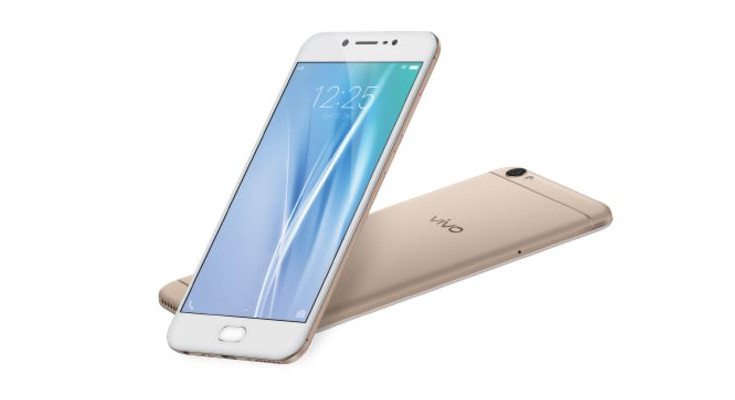 As for the rest of the specs, the handset has a 5.5-inch IPS LCD display with a resolution of 1,280 x 720. It has 2.5D curved glass and is powered by an octa-core processor and 4GB of RAM. Other features to note include 32GB of storage, Dual-SIM slots, Android 6.0 and a metal shell with a thin 7.5mm profile. Throw in a fingerprint scanner, 3,000mAh battery, and an AK4346 audio chip and you’ve just met the Vivo V5.

The Vivo V5 will debut on November 26 in Gold or Grey with a price tag of Rs. 17,980 or around $264 bucks in the states. The company will also introduce the Vivo V5 Pro sometime in the near future which will have a large Dual Front-facing camera.