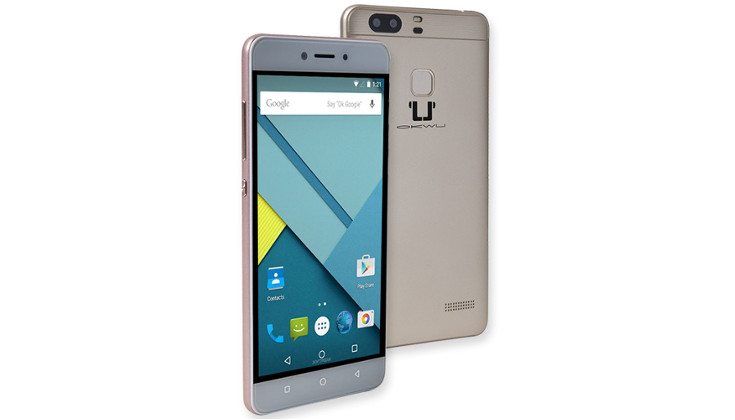 A number of new companies have sprung up in mobile hotbeds like India over the past few years. OWKU is a new one, and the OKWU Pi is set to be their first Android-based handset built for consumers in the region.

There was a time when you could count the number of Android handset manufacturers on one hand. We shall never see those days again, and every year brings more players to the game. Several new companies have appeared from India including OKWU, which we had not heard of until today. Before you get too excited, you’ll want to know this is an entry-level smartphone although it does have a few nifty features.

The first thing you’ll notice about the OKWU Pi is probably its backside. The rear sports a Dual Camera setup and a Fingerprint Scanner, which is something you will not find on many if any smartphones in this range. That said, everything else is a bit underwhelming aside from the display which is listed at 5-inches and sports a resolution of 1,280 x 720.

Beneath the glass of the OKWU Pi, you will find a quad-core MediaTek 6735 clocked at 1.2GHz and backed by 1GB of RAM. The storage is weak at only 8GB but can be kicked up to 32GB through a microSD card slot. As for that rear camera, it is an 8MP sensor with an LED flash and a 2MP snapper. The front-facing camera is 2MP as well and also sports an LED flash. Other options include 4G LTE, Bluetooth, GPS, Wi-Fi and Dual-SIM slots. The OKWU Pi has a 2,000mAh battery and is listed with Android 6.0 out of the box.

If you are a specs junkie, the OKWU Pi is not going to be impressive but its price may change your mind. The smartphone will only cost you Rs. 5,999 which his around $88 bucks in the states. That’s cheap considering the fingerprint sensor, 4G LTE and fingerprint scanner, which makes the Pi well worth a look.

The smartphone will into the “pre-booking” stage on November 27and will be available in Rose Gold and Gold. A U-Tag Bluetooth tracking tag is also available for the phone at Rs. 990.