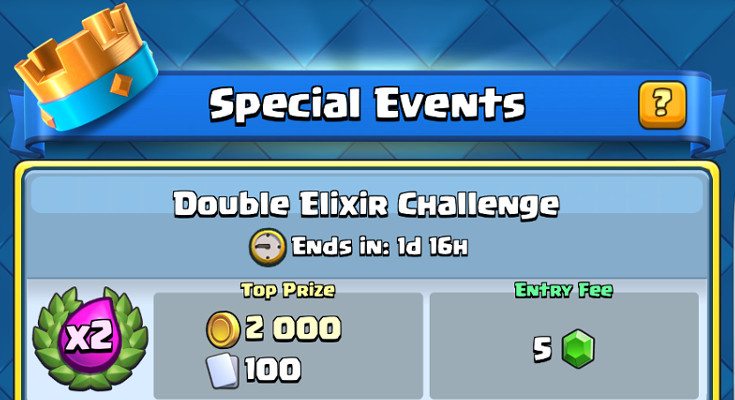 There are going to be a lot of people with new mobile devices next month, and Clash Royale will find a whole new audience. There are going to have plenty of content to dig into, but gamers today have the Double Elixir Challenge tourney to take on.

Supercell recently unveiled a new part of their tournament system. The Kings Cup tournament was a limited time affair but appears to be just the tip of the iceberg. The newest tourney does have a similar setup and rules but is dubbed the Double Elixir Challenge. As the name implies, the Elixir will fly fast and furious which makes your Clash Royale deck choice all the more important. Speed kills, and when overtime kicks in… things get crazy. 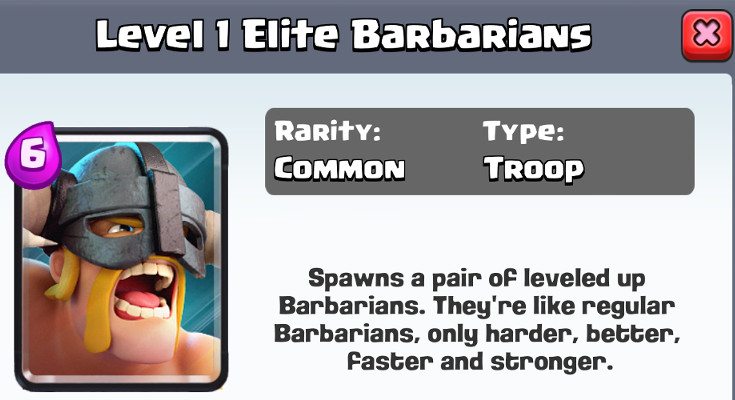 In addition to the new tourney, a new Clash Royale card will debut soon. It’s a new common for the Royal Arena and is the Royal Barbarian. It’s another troop card and this one will cost you 6 Elixir to use. That said, its speed is listed as “very fast” and it starts out with a whopping 420 HP and 110 damage at Level 1. That said, there are only two of them so they better pack a punch at the higher levels if the pack stays small.

If you are looking to try out the new Double Elixir Challenge, it will be live until around 1AM on Monday. Your first entry is free and additional entries will set you back 5 gems. We’re not sure what type of tourney we will see next, but will keep you in the loop as more Clash Royale updates are issued.