ZUK Edge specifications will include 6GB of RAM 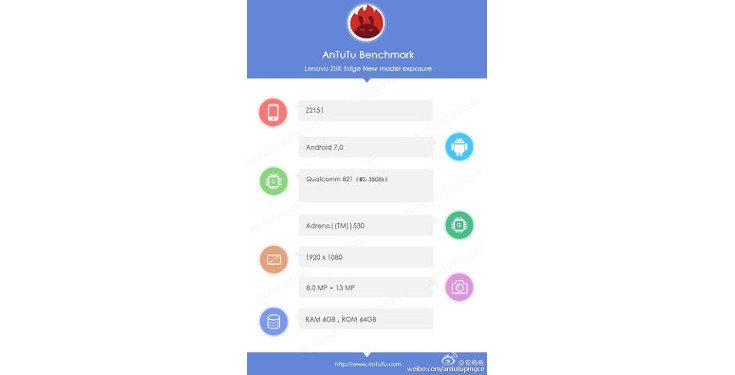 ZUK has put out some impressive smartphones during its short existence. The Lenovo backed brand is back with a new handset dubbed the ZUK Edge, and another leak has spilled the beans on what lies under the hood.

The ZUK Edge has gotten quite a bit of attention since it first appeared on our radar earlier this month. It appears an actual launch could be close at hand as we’ve just stumbled across another leak. This time around it’s through AnTuTu, which allows us to confirm the details from the TENAA listing and various other leaks.

Previously, we learned the ZUK Edge would have a 5.5-inch display and be powered by the Snapdragon 821. Aside from having “edges” to a degree, not much else was known besides the camera combo which was listed at 13MP/8MP. Well, the AnTuTu listing backs up those facts while adding 6GB of RAM to the mix. That’s beastly, and the same can be said of the storage which clocks in at 64GB. The ZUK Edge will also run Android 7.0 straight out of the box.

It’s nice to see some more details come to light with the ZUK Edge, especially given the gap left by the Note 7’s departure. It will be high-powered with all the flagship bells & whistles… except for one. The leak showed the display to sport a resolution of 1,920 x 1,080, so there will be no QHD panel on this one. That may keep the cost down but could turn some towards similar devices with a better panel. We’re not sure when this one will land, but will keep you in the loop.