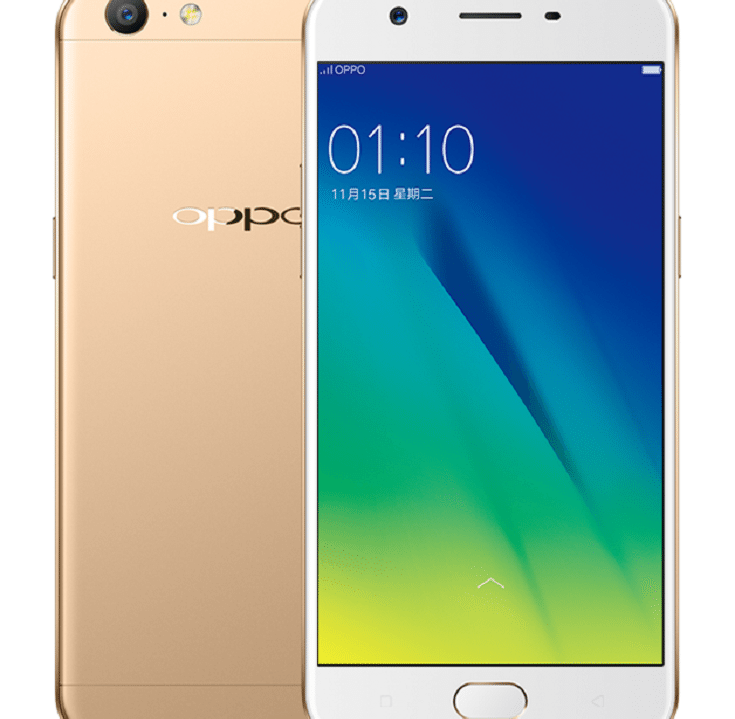 This morning, the mid-ranged droid running under the Oppo A57 moniker was revealed officially in mainland China. Looking at the specs, with the exception of the unusual 13 megapixels secondary snapper which is aimed at selfie obsessed youngsters obviously, everything about the Oppo A57 is the definition of what Latin people called aurea mediocritas, which can be roughly translated into “golden mediocrity”.

To begin with, the Oppo A57 is powered by a Qualcomm Snapdragon 435 system on chip, an octa-core architecture with the CPUs clocked at 1.4 GHz. In the multimedia department, things are taken care of by an Adreno 505 graphics processing unit. There are 3 gigabytes of RAM available, which is enough for most people out there, together with 32 GB of native storage capacity on board. If 32 GB is not enough, rest assured, as the Oppo A57 comes with a micro SD card expansions slot that supports micro SD cards up to 128 GB.

The display is a 5.2 inches wide variety, featuring the popular 2.5 D curved glass design and has HD 720p resolution, i.e.  720×1280 pixels which is quite enough. But that’s not all. The Oppo A57 also offers dual SIM capabilities and offers a 16 megapixels main camera with an f/2.2 aperture lens and PDAF laser focus. To keep the lights on, Oppo put a 2900 mAh battery under the rear panel, which should be quite enough considering the hardware specs and the screen real estate.

The smartphone runs on Android 6.0 Marshmallow with Oppo’s ColorOS 3.0 on top and it’s reasonably sleek, being just  7.6 mm thin and weighing 147 grams. The Oppo A57 is available in two colorways, gold and rose gold with the sales beginnning on December 12th. The price announced is CNY 1599/231US dollars and the Oppo A57 is expected to become available globaly soon after its initial launching in China. Stay tuned!