It took a few years for developers to start bringing over some of the major PC ports, but things seem to be in full swing now. A great example would be the F1 2016 game, which has just made its way to Android courtesy of Codemasters.

If you enjoy racing, there are several forms to choose from with Nascar being popular stateside and F1 globally. There is definitely some carryover between fanbases as who doesn’t love sleek fast cars? Titles like the F1 2016 game help the cause as well considering the PC version was quite popular and one of the better looking F1 games on the market. Well, you can now enjoy it on your Android if you’re willing to slap down $9.99.

The F1 2016 game is of the official variety, which means you will get to experience the 2016 season circuit in full. There are 21 races to participate in along with the Grand Prix of Europe in Baku and the German Grand Prix as well. There are 22 drivers represented in the game to go along with 11 teams so all your favorites should be present and accounted for if they were in this year’s season. There are also several different modes of play with Season, Custom Season, Quick Race and Race Weekend just to name a few. 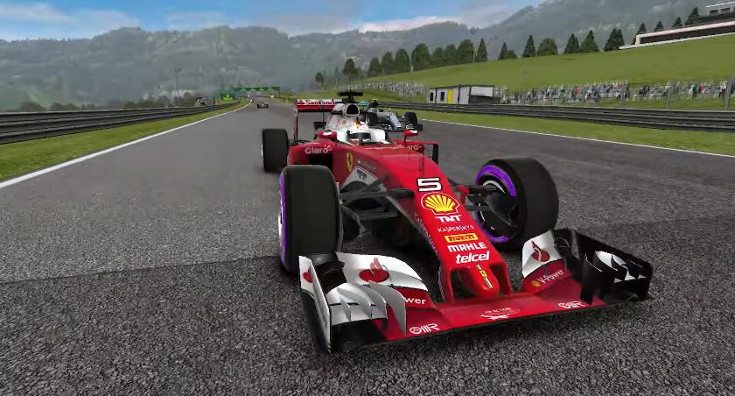 While we haven’t gone hands-on with F1 2016 for Android, you will have some options when it comes to the control scheme. Tilt and Touch was mentioned and you can adjust the brakes, steering and other controls to better suit your needs. Needless to say, the graphics look stunning but you’ll want to have a solid handset to take full advantage of things. It’s also a large game so you’ll need to have around 2.6GB of space freed up before taking on this one.

F1 2016 looks to be the only way to go if you want a top-tier F1 racing game for Android. The price is high however at $9.99 and some of the early reviews mentioned lag. Again, your smartphone will play a large part in how well this one performs, just keep that in mind. If you want to give it a whirl, you can pick up the F1 2016 game on Google Play at the link below.