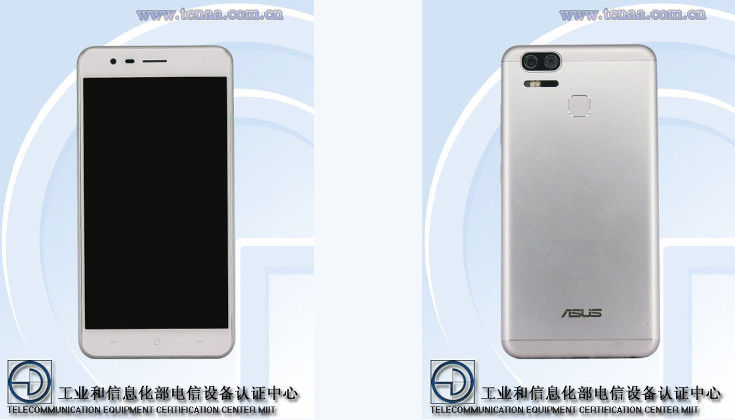 TENAA had a busy week as we’ve already covered a couple of handsets that debuted through the agency over the past few days. The Asus ZenFone 3 Zoom slipped under our radar, but we’re back with news on its specifications.

The Asus ZenFone lineup may be one of the few series to rival the Galaxy S lineup and its variants. There are far too many of the ZenFone models to count, and each year we get at least a dozen more. The Asus ZenFone 3 Zoom that appeared through TENAA carries the model number Z01HDA and will arrive in three different flavors. That means consumers will have three price points to aim for starting with a rather vanilla base model.

All three versions of the Asus ZenFone 3 Zoom will sport a 5.5-inch AMOLED panel with a resolution of 1,920 x 1,080. The processor stays the same as well with the octa-core Snapdragon 625. The base variant will come with 2GB of RAM and 16GB of storage while the next step up has 3GB of RAM and 32GB of storage. Keeping with the trends, the flagship or pro variant sports 4GB and 64GB of storage. All three models will feature a microSD card slot as well.

The Asus ZenFone 3 Zoom specifications show it is quite solid in the camera department. The rear snapper is listed with a Dual Camera setup at 12.2MP and 13MP with a Dual-Tone LED flash, PDAF and Laser AutoFocus. The front-facing camera is no slouch either at 13MP. Other features to note include a Fingerprint scanner, Bluetooth 4.2, Wi-Fi, GPS, 4G VoLTE and Dual SIM slots. The handset runs Android 6.0 with Zen UI on top and is powered by a 4,800mAh battery.

As you would expect, the Asus ZenFone 3 Zoom should hit plenty of regions but it will begin its journey in the Far East. Asus has a big event planned the first of the year, which is when the handset is expected to debut. Rest assured, we’ll be around to bring you the scoop when that happens and hopefully news on the Asus ZenFone 3 Zoom price.