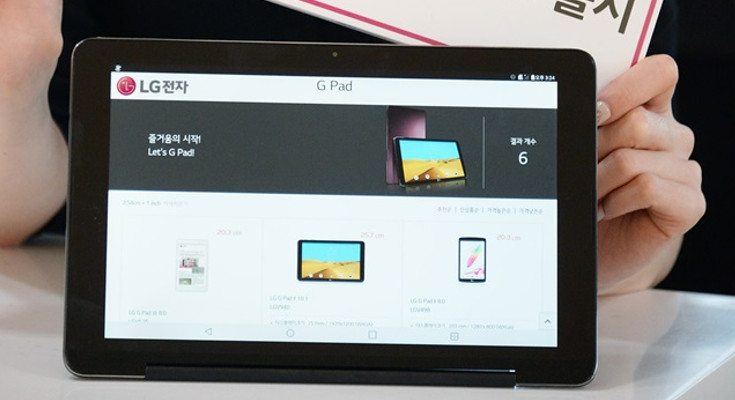 It appears it’s time for LG’s annual tablet refresh. The LG G Pad III 10.1 has launched in South Korea today, which means it is time to take a look at what it has under the hood before the eventual international rollout.

The G Pad has been around for a while now. While the series generally doesn’t bring anything amazing to the masses, the popular slates are affordable and have gained some fans over the years. The LG G Pad III 10.1 is the latest in the series and sadly is another “incremental” update. That means you probably won’t want to toss last year’s model aside just yet.

The LG G Pad III 10.1 will sport a 10.1-inch panel as its name implies, but with a 16:10 aspect ratio and a resolution of 1,920 x 1,080. Beneath that slab of glass is 2GB, the same amount of RAM found in the previous model along with 32GB of storage. The storage capacity has doubled, but that is the only significant change with the specs on this model that we can see. As for the processor, it is the octa-core Snapdragon 617 clocked at 1.5GHz.

On the rear of the LG G Pad III 10.1, you’ll find a 5MP snapper while the front-facing camera has risen from 2MP to 5MP on the new model. Connectivity options include 4G LTE, Bluetooth, Wi-Fi, a microSD card slot and the usual bells & whistles. It’s larger than its predecessor at 256.2mm x 167.9mm x 7.9mm with a weight of 510grams. That said, the battery is smaller at 6,000mAh compared to the 7,400mAh juice box on the LG G Pad II 10.1. The slate will run Android 6.0.1 out of the box and supports USB Type-C charging.

Aside from being a large Android tablet with a kickstand, the LG G Pad III 10.1 doesn’t have a lot going on compared to similar slates in its class. It’s not terrible by any means if you need a connected slate, just not much of an upgrade when it comes to power. The LG G Pad III 10.1 price is listed at 429,000 which shakes out to around $360. A variant with a stylus will launch next year as well, but at this time there has been no word on when the LG G Pad III 10.1 or that variant will hit other regions.