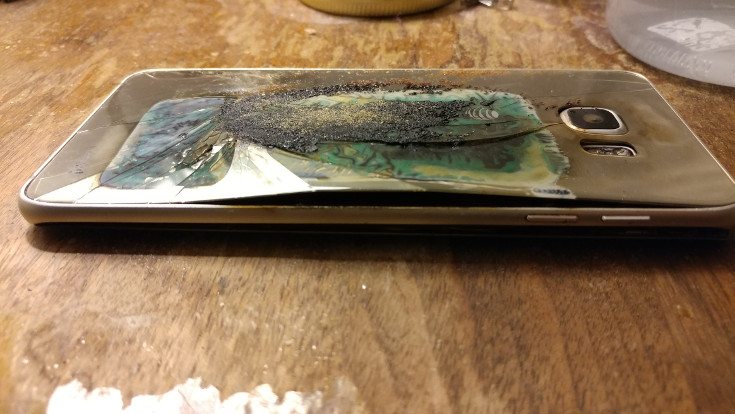 Here we go again. A new report is surfacing regarding the Samsung exploding battery issue but it’s not the Note this time around. The Samsung Galaxy S6 Edge Plus is in the spotlight as a consumer claims it went up in flames overnight.

There has been much ado made of the Galaxy Note 7 recall and for good reason. A few folks were injured, some flights were delayed, and dozens of handsets appeared to combust. While it’s not an issue with Samsung’s phones and no one else’s, the Galaxy Note 7 drew a lot of fire due to the brand name. We’re not exactly sure where to file the newest report, but that battery issue may not be solved quite yet.

Reddit user ReturnThroughAether took to the platform to show off some photos of his Samsung Galaxy S6 Edge Plus. As you can see, a fire was the culprit for its current state and the user claims the device burst into flames overnight. He wasn’t injured or even woken up by the issue (which is scary), but thankfully the phone was on a nightstand. 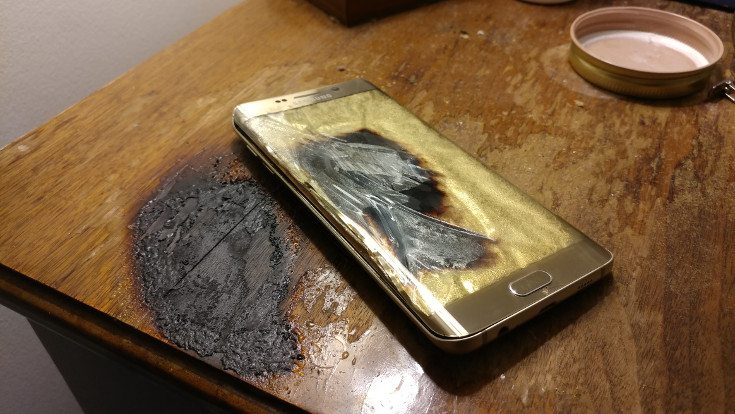 According to the post, he has already spoken with Sammy and his carrier but there has been no update on their response at this time. While the issue is over and the damage done, nobody was hurt this time around aside from the user losing some photos of their trip to Africa. If nothing else, there is a lesson to be learned as back those photos up and never leave your handset in bed when you’re snoozing. A fireproof bedside table probably wouldn’t hurt either.

While today’s news is certainly troubling, it remains to be seen what the exact cause of this particular issue is. It is not the first Samsung Galaxy S6 Edge to have this happen although some of the previous reports were hard to verify. What’s more troubling is the fact that none of us know what truly caused the issues with the Note 7 to begin with, which may make some lean the other way in 2017.