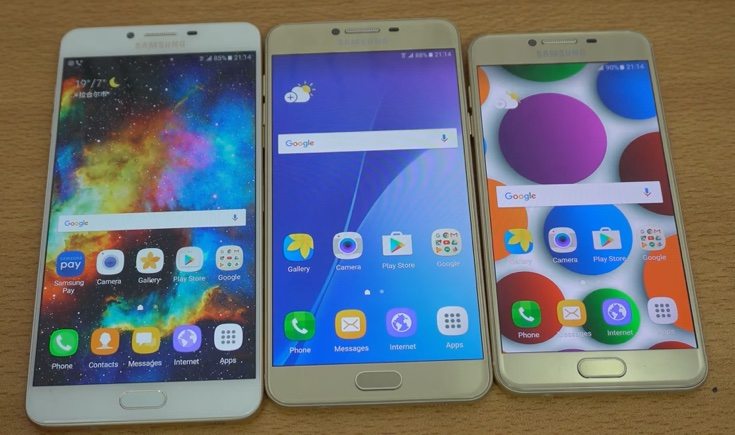 All three handsets are equipped with Qualcomm Snapdragon chipsets. The Galaxy C5 sports a Snapdragon 617 octa-core processor while the C7 has the Snapdragon 625. Meanwhile the Galaxy C9 Pro is powered by a Snapdragon 653 chipset. Both the C5 and C7 have a very decent 4GB of RAM but the C9 Pro steps up to a mighty 6GB RAM. All are currently running the Android 6.0.1 operating system ahead of Android Nougat.

The video embedded here shows Samsung Galaxy C9 Pro vs C5 and C7 speeds covering bootup testing and also a benchmark test. After a quick introduction we see the bootup test where the three handsets are simultaneously powered up. We’re not going to give away which one is ready for action first, as you might prefer to find out when viewing the video.

Next a Geekbench 4 benchmark test is shown. Once completed the single-core and multi-core scores are displayed. The performance of all of them is very decent, although the difference in the benchmark results is worth noting. What are your thoughts on the results of the Samsung Galaxy C9 Pro vs C5 and C7 speed testing?