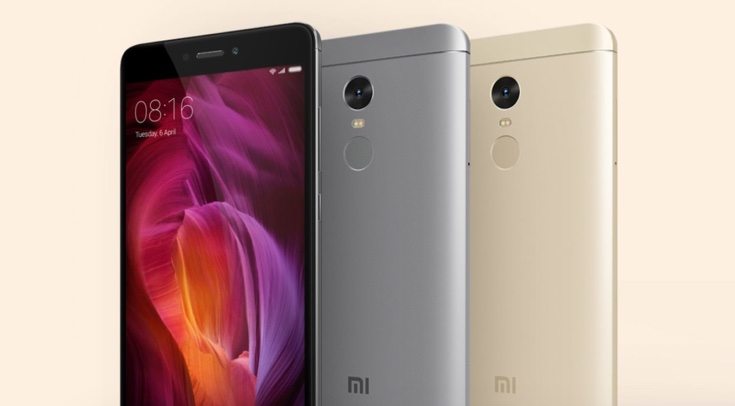 It was expected that the India launch of the Xiaomi Redmi Note 4 was coming today and now the word is in. We have news on the official Redmi Note 4 price in India for the variants on offer. It comes in models with either 2GB RAM, 3GB RAM, or 4GB RAM, so read on for details of where to buy and more.

Following the success of other Xiaomi Redmi smartphones in India, the arrival of the Redmi Note 4 has been hotly awaited. The company has announced that the device will be exclusively available from 12 noon January 23 at Flipkart and Mi.com. The brushed metal body color options are Dark Gray and Gold, and for buyers that don’t mind waiting until late February there will also be a Matte Black choice.

So how about the official Redmi Note 4 price in India? The base 2GB RAM model comes with 32GB of internal storage for Rs. 9,999. The 3GB model also has 32GB of internal memory and is priced at Rs. 10,999. Meanwhile the superior 4GB RAM variant has 64GB of internal storage and comes with a price tag of 12,999. Xiaomi VP Hugo Barra said of the launch, “We are really thankful to everyone who made Redmi Note 3 one of the most popular devices in 2016. The immense appreciation we received and the feedback from our Mi fans motivated us to take it to the next level with Redmi Note 4.”

For the specs and features of the Redmi Note 4 there’s a 2GHZ Snapdragon 625 octa-core processor and a 5.5-inch display with 1920 x 1080 resolution (Full HD). It’s a hybrid dual SIM handset that features a fingerprint sensor as well as an Infrared sensor. A 4000 mAh battery keeps the lights on and it runs Android 6.0 Marshmallow-based MIUI 8.

Connectivity options include 4G VoLTE, WiFi 802.11 a/b/g/n, and Bluetooth 4.1. For many people the cameras on a smartphone are increasingly important and the Redmi Note 4 is decently equipped here. It has a 13-megapixel rear camera with f/2.0 aperture, dual-tone LED flash, and PDAF. At the front it has a 5-megapixel sensor with f/2.0 aperture and 85-degree wide-angle lens. Give us your thoughts on the Redmi Note 4 price in India? Are you going to buy one?