Oukitel U20 Plus Review 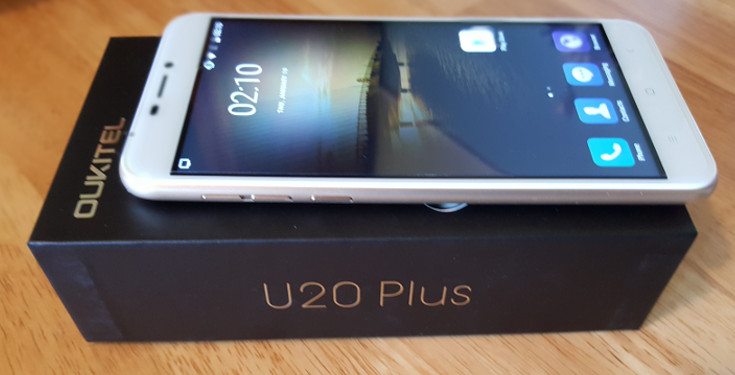 Dual Camera smartphones are all the rage, and we saw plenty of companies crawl out of the woodwork with Dual sensor setups last year. The Oukitel U20 Plus is one of them, and looks to be one of the more affordable options with that feature. The folks at Oukitel sent us a model to test out, and after spending a few weeks with the handset we are back with our Oukitel U20 Plus review.

The Oukitel U20 Plus design has a similar vibe to the U15S and several of the company’s newer handsets. That said, this one does not sport a metal shell so you’ll get a polycarbonate rear cover instead. It doesn’t feel too cheap, but it’s fixed so you can’t get to the battery. The left side of the handset has the volume rocker and power button while the right side houses the Dual SIM card tray. This one uses the Hybrid configuration so one slot may have to be sacrificed for the microSD card.

The display of the Oukitel U20 Plus is listed at 5.5-inches and has a resolution of 1,920 x 1,080. It’s bright, but the colors aren’t as vibrant as you’ll find on similar handsets in its class. Not a deal breaker by any means, but you’ll notice the difference depending on your current device. There are no on-screen buttons, so we have the usual three-button combo at the bottom as well. In the hand, the Oukitel U20 Plus feels solid and that’s due in part to its size at 154mm x 77.5mm x 8.4mm. The smartphone weighs in at 195grams. 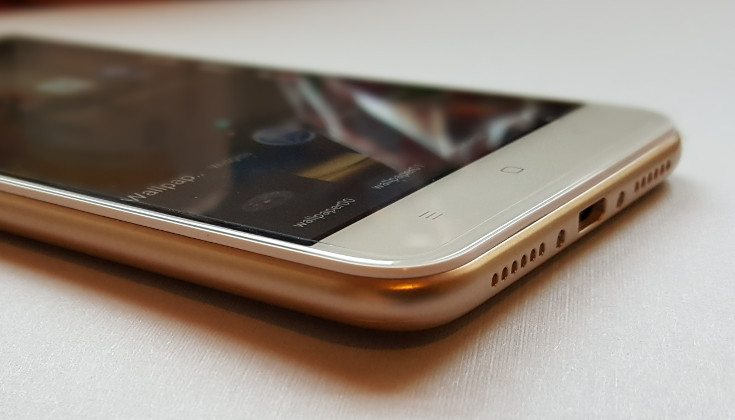 The bottom of the handset features the speaker grills and the sounds that come out of them are quite loud and clear unless you go too high with the volume. While the call quality is fine the audio quality isn’t the best, but again, this isn’t a flagship or a top of the line mid-ranger. That said, it has one thing that many flagships of 2017 won’t have which is a 3.5mm headphone jack up top. The charging port is of the USB 2.0 variety but will get the job done.

Oukitel U20 Plus specifications

Now we’ve to the part in our Oukitel U20 Plus review where we see what makes this one tick. The smartphone is powered by a MediaTek MT6737T while a Mali-T720 handles the graphics. That’s a 64-bit quad-core chip with the ARM Cortex-A53 architecture. There is 2GB of RAM and 16GB of expandable storage as well. Stock you’ll get around 9GB of storage to work with after the OS. It’s not nearly as peppy as the U15S but will get the job if you want to step out of the entry-level class and into the mid-range. 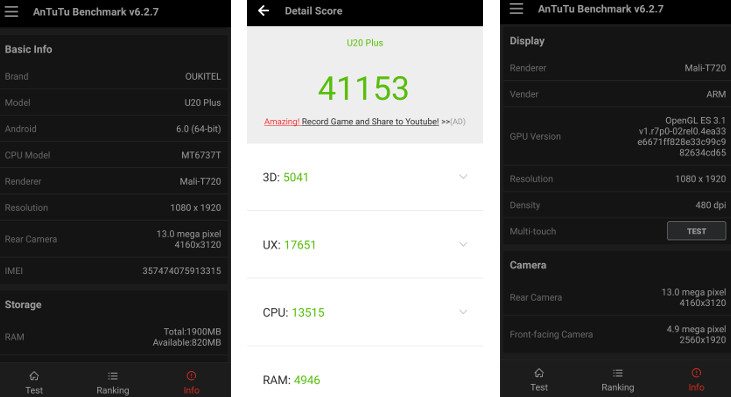 The Oukitel U20 Plus also has a fingerprint scanner and several sensors although you won’t get NFC or a Pedometer. Neither is a huge surprise considering the price of this one. The battery is listed at 3,300mAh and provides more than enough juice to get most users through the day. In our tests, we always made it back to the charger with juice to spare with mixed usage throughout the day. That would consist of a couple of hours of light gaming, some web browsing, calls and a lot of Snapchat.

The Oukitel U20 Plus’s claim to fame is a Dual Camera setup. The front-facing camera is listed at 5MP and should suffice for most when it comes to taking a quick selfie. The rear camera has a 13MP Sony IMX135 sensor and a 0.3MP sensor which works to add a few special effects to your photos. If you’re heard of the “Bokeh” effect, you’ll know what to expect as the 0.3MP sensor blurs the background of the image while the 13MP camera focuses on the main subject. As they say, a picture is worth a thousand words… 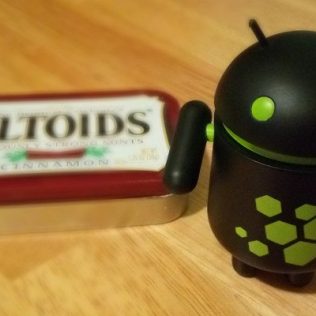 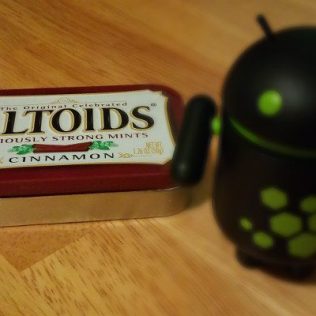 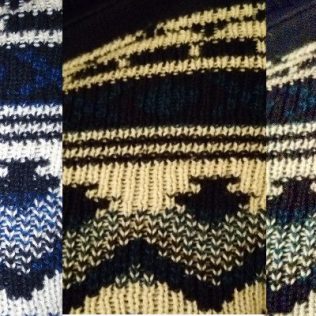 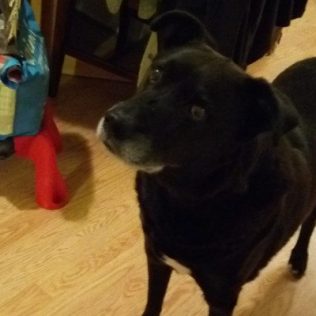 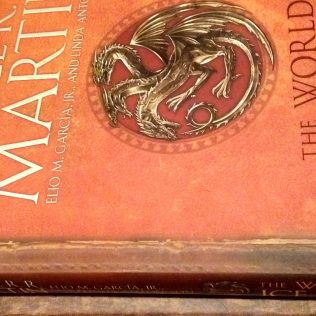 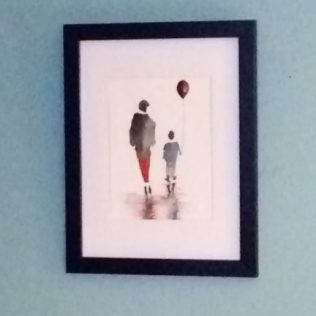 As you can see from the photos, the Bokeh trick works. In our time during the Oukitel U20 Plus review it took several attempts to get that nice looking blurred shot you see above, but it worked well despite its size. If you are steady of hand and have great lighting. All the usual camera modes are present as well although the two-camera trick will only work in SLR mode.

Where this one fell flat was indoors with low to “normal” lighting or when you are zoomed in. Things got grainy if conditions were not ideal but it was decent outdoors. You can’t expect much for the price, but unfortunately the camera is one of the selling points of this model.

Remember Dido OS 7.0? Well, it’s not on this model as we’re getting a close to stock experience instead. They company’s launcher is present and allows you to change wallpapers, reorder, home screens and make other adjustments on the fly. Themes and Widgets are also accessed from there and we found changing the look of the handset to be simple and fast. There are several pre-loaded themes and wallpapers present out of the box as well.

Another cool feature we briefly touched on last time is the company’s Super Screen Shot feature. This allows you to take a “long” screenshot of a full page or record video capture from your display. There is also a “Funny” button which lets you lasso a section of a screenshot or a graffiti option for doodling. It’s a simple concept but works well although it could be made a little easier to access in the future. 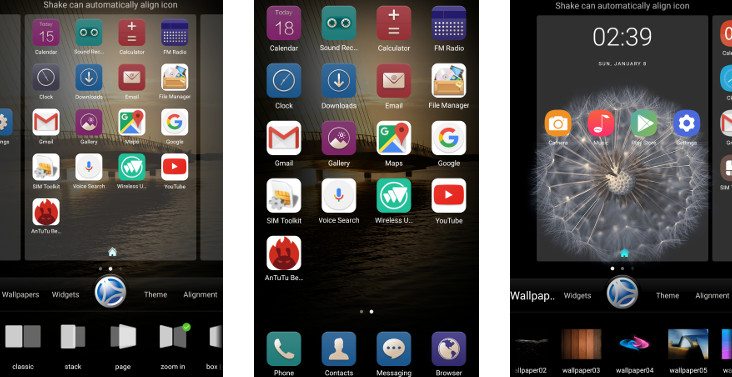 One of the perks of owning a recent Oukitel device has been the lack of bloatware. We’re pleased to say that has not changed with the Oukitel U20 Plus. The handset is sans anything “extra” which is amazing these days. Aside from the usual Google Apps, there is a SIM Toolkit, FM Radio, Sound Recorder and that’s about it. The Calculator, Gallery, and usual icons are there, but it’s clean as a whistle when it comes to bloat. You’ll get Android 6.0 out of the box on this one with it’s Nougaty fate still unknown at this time.

The Oukitel U20 Plus is a 4G LTE capable handset with a Dual SIM card setup courtesy of a tray. That said, you will want to check the networks as many Chinese smartphones do not play well with certain carriers in the U.S. and other regions. To save yourself a headache, check and double check the bands with your carrier. Here’s what you’ll get from the U20 Plus in that department…

In our tests, the connectivity was strong with no dropped calls during daily usage. The same can be said for the Wi-Fi, Bluetooth, etc… as you would expect. It has HotKNot as well, a common feature on MediaTek handsets from the region. 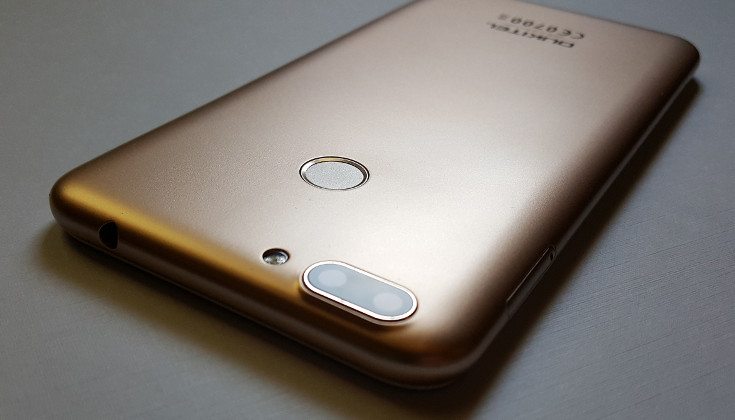 Like many handsets from Oukitel we have tested, the U20 Plus qualifies as solid in most areas although the camera is a bit of a letdown. The Dual Camera does workb to a degree, but the overall performance of the rear camera (or the software behind it) is less than desirable. The price is fair at $98 given what it offers, but it is one of the weaker phones from their lineup.

The Oukitel U20 Plus is available in three different hues in Gold, Rose Gold and Grey if you’re interested in picking one up. A Jet Black version is also scheduled to become available at a later date. You can find out more about the Oukitel U20 Plus at the company’s official site or scoop one up from the link below.